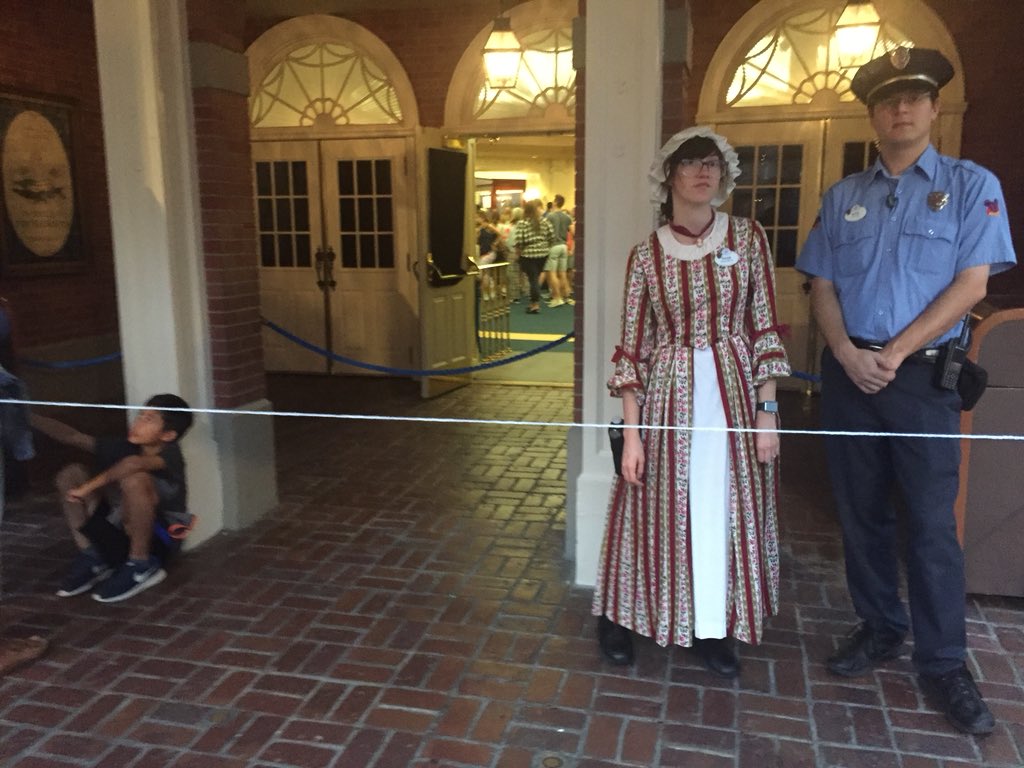 Police are standing guard at the Happiest Place on Earth, fearing some very bitter people may attack an animatronic likeness of President Trump.

The Walt Disney World Hall of Presidents unveiled the Trump doll on Monday, and WDW News Today reports Disney security and Orange County police were standing by as the figure was made public 406 days after Trump was elected.

There’s Disney security and Orange County Police standing by at the Hall of Presidents. pic.twitter.com/QZbkKpwG0y

The hall has been closed since Trump has president, to reformat the show, which features the sitting president giving a speech at the conclusion.

Went to Magic Kingdom today. Hall of Presidents attraction was closed due to "currently being prepared to welcome our new President." #MAGA #MerryChristmas2017 pic.twitter.com/ktHGvxBOnK

It’s not clear what part of Trump’s hopeful, positive message would send leftists into a rage.