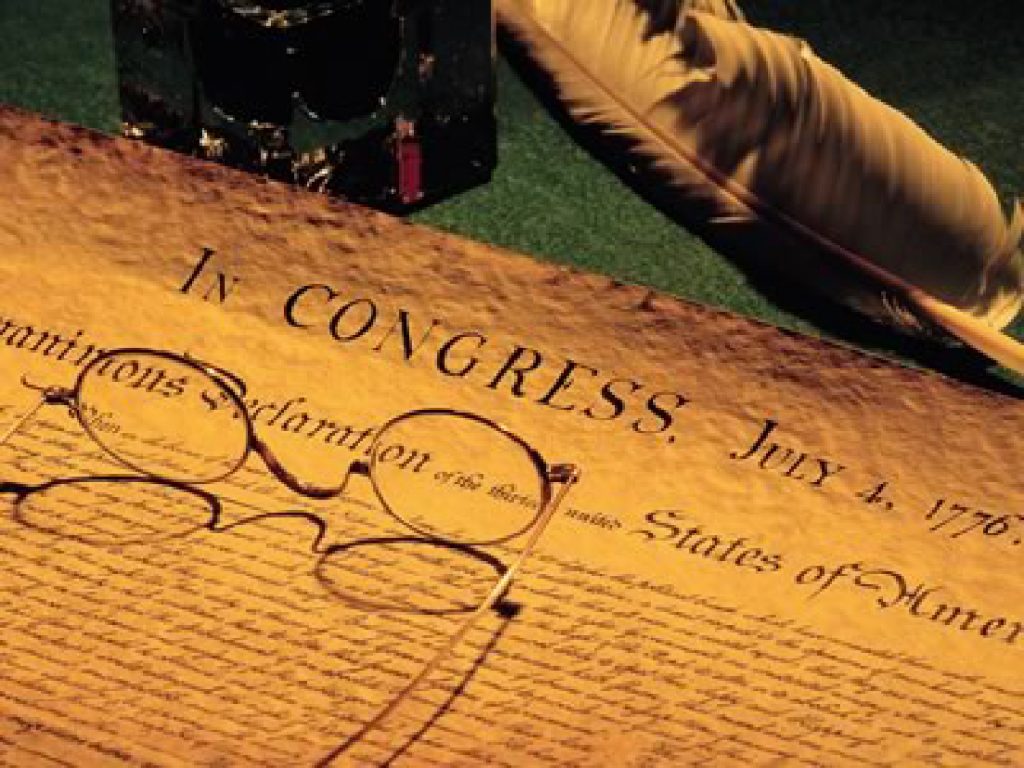 A 4th-grade teacher in Mesa, Arizona, has come under fire for allegedly replacing a word in the Declaration of Independence, and having her students recite the revised version.

The word in question? “Men.”

We hold these truths to be self-evident, that all [humans] are created equal, that they are endowed by their Creator with certain unalienable Rights, that among these are Life, Liberty and the pursuit of Happiness. That to secure these rights, Governments are instituted among [humans], deriving their just powers from the consent of the governed…

One parent, Elizabeth Vaillencourt, complained about the alteration of historical documents. The Washington Times writes that “the school reacted by putting her child in a different class.”

“I was hurt, I was mortified, I was disturbed at the fact that somebody is changing historical documents – and nobody has the right to change our historical documents,” Vaillencourt told ABC15. “You teach what’s written. You don’t get to rewrite it and teach it how you feel you believe.”

ABC15 reports that “when Vaillencourt took this concern to school officials, she was initially told she had ‘hurt the teacher’s feelings’ by posting about it on social media.”

The Washington Times adds that only later did the school admit “that the teacher broke district policy by injecting her personal politics into the classroom.”

A spokesperson for Mesa Public Schools issued a statement on Wednesday, which reads in part: “It should be recited as written, and not modified in any way…School administration, when learning of the alteration to the text, provided feedback and guidance to the teacher to restore the document to its original format.”

Rather than offer context for his or her students, this teacher simple decided to change the Declaration of Independence to suit their own message. This isn’t simply lazy teaching, it’s negligent teaching.