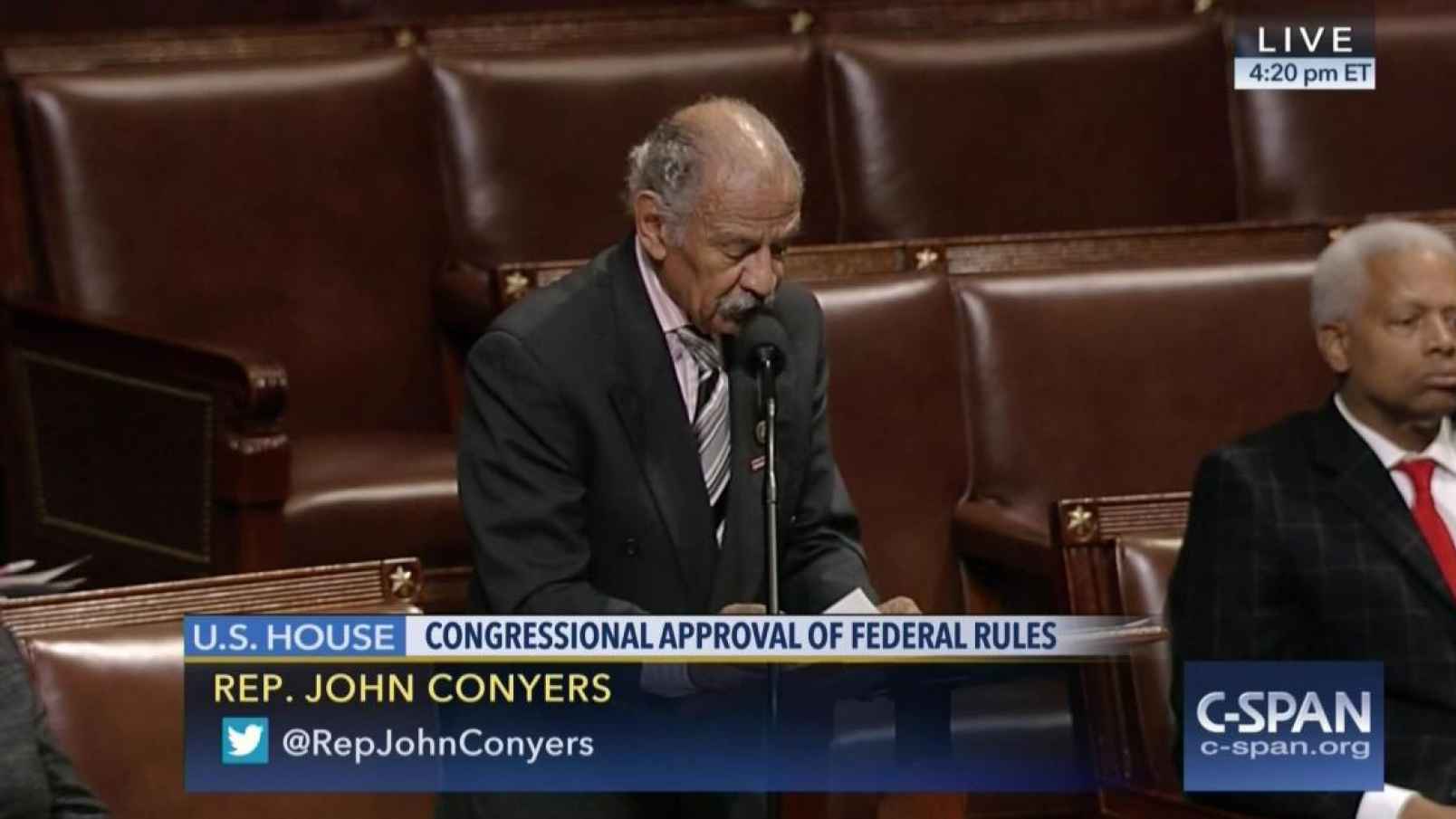 And after an accusation of church groping.

A woman who says she worked for U.S. Rep. John Conyers for more than a decade says he slid his hand up her skirt and rubbed her thighs while she was sitting next to him in the front row of a church.

Elisa Grubbs made the allegation in an affidavit released late Monday by her attorney, Lisa Bloom. Grubbs is the cousin of another accuser, Marion Brown, who reached a confidential settlement with Conyers over sexual harassment allegations but broke a confidentiality agreement to speak publicly last week.

Lisa Bloom was Harvey Weinstein’s cover-up person. But she clearly isn’t letting that slow her down. Also Conyers had at least two cousins working for him. Because this is politics and both sides are terrible.

But the CBC has finally figured out how to get Rep. Conyers to step down without a long cane or a butterfly net. Pass the seat on to his son. Because Congressional seats should stay in the family.

Conyers, the lower chamber’s current longest-serving member, told a Detroit-area radio station that he is endorsing his son, John Conyers III, for his seat.

“This too shall pass. And I want you to know that my legacy will continue through my children,” the elder Conyers told host Mildred Gaddis.

It makes you really proud of what the Congressional  Black Caucus has accomplished.

The king is dead, long live the king.