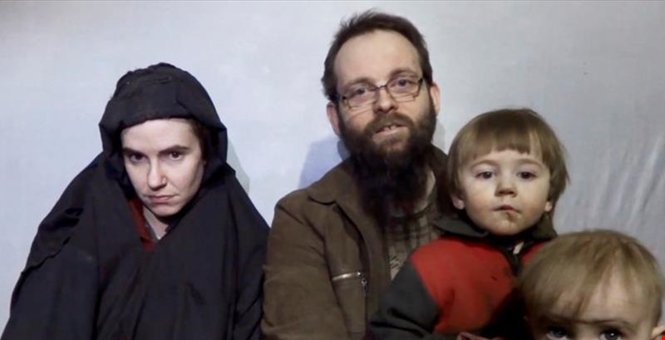 After being held captive by the Taliban-affiliated Haqqani network since 2012, American Caitlin Coleman and her family have finally been released, the White House announced.

Coleman, 32, who was pregnant at the time, and her Canadian husband Josh Boyle were abducted while they were hiking in Afghanistan during the summer of 2012. They had started their trip in Russia, then traveled to Kazakhstan, Tajikistan and Kyrgyzstan, before finally ending up in Afghanistan.

They last were seen in a hostage video taken in December 2016 begging their governments to save them.

The announcement of the release comes a month after President Trump announced a new strategy to deal with Afghanistan and Pakistan, saying the Taliban and other militant groups would no longer find safe haven in Pakistan.

It is not clear how much Pakistan may have aided in the rescue efforts for Coleman and her family.

In the YouTube video, Coleman refers to “the Kafkaesque nightmare in which we find ourselves” and urges “governments on both sides” to reach a deal for their freedom. She then adds: “My children have seen their mother defiled.”

Two young children appear in the video with them, and Coleman has told her family that she gave birth to two children in captivity. (Fox News)

During a speech in Pennsylvania, Coleman’s home state, President Trump seemed to be referring to their release when he announced some “important news” people would be hearing about soon.

“Something happened today, where a country that totally disrespected us called with some very, very important news,” Trump said. “And one of my generals came in. They said, ‘You know, I have to tell you, a year ago they would’ve never done that.’ It was a great sign of respect. You’ll probably be hearing about it over the next few days. But this is a country that did not respect us. This is a country that respects us now. The world is starting to respect us again, believe me.”