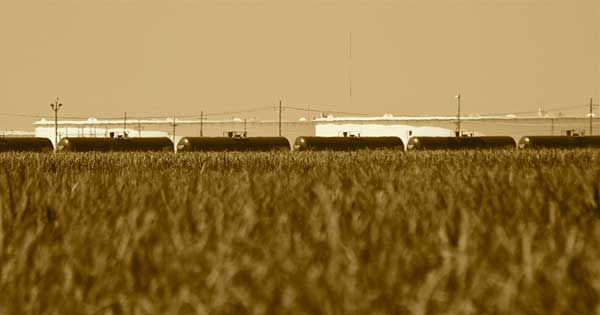 President Donald Trump declared during energy week that the United States would “usher in a golden age of American energy dominance.”

But energy dominance need not mean disregarding our nation’s strong environmental record, as too many have assumed.

For example, when the Environmental Protection Agency and Army Corps of Engineers announced they were dismantling the Obama-era Waters of the United States (WOTUS) rule, Vice News wrote, “Trump takes steps to ensure more Americans have access to unsafe drinking water.”

Quite to the contrary, the WOTUS rule was an affront to private property rights and significantly overstepped the boundaries of proper federal government jurisdiction, and had little to nothing to do with safe drinking water, which is regulated under the Safe Water Drinking Act.

The compatibility of energy production and environmental protection featured strongly during a panel featuring three of Trump’s Cabinet members a few weeks back:

-EPA Administrator Scott Pruitt is pursuing an agenda that rolls back regulations devoid of any significant environmental benefit. This plan empowers the states to customize policies responsive to local citizens.

-Energy Secretary Rick Perry wants to reduce bureaucracy at America’s national laboratories, where technological innovation can yield significant efficiency gains.
The United States has long been a global leader in the realm of environmental safety.

Through innovation and investment in new technologies, as well as through legislation, rule of law, and all-important property rights, air and water quality have improved significantly in the United States.

Pollutants known to cause harm to public health and the environment have declined even as the U.S. has catapulted to the forefront as the world’s leader in oil and natural gas production.

Companies are incentivized by market pressures to constantly improve efficiency—and the environmental benefits that come with doing more with less follow directly from efforts to lower prices to remain competitive.

Although it may not line up with the efforts of the “Keep It in the Ground” movement, the reality is that the Trump administration’s efforts to strengthen an already dominant energy industry in the U.S. are fully compatible with a healthy environment.