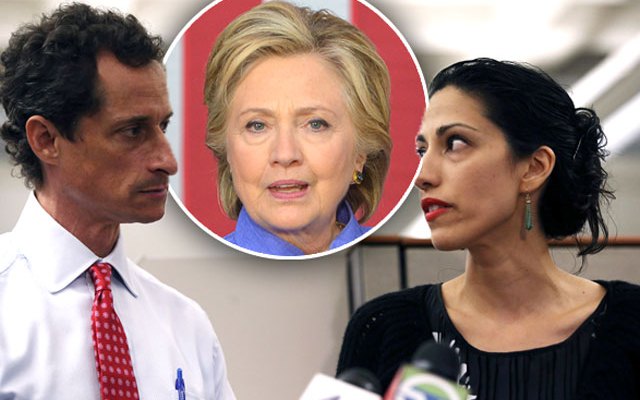 The State Department has received another 2,800 Hillary Clinton emails found on the laptop of Anthony Weiner, the estranged husband of top Clinton aide Huma Abedin.

The FBI turned over the documents after Judicial Watch sued the State Department for failing to respond to a Freedom of Information Act request.

“This is a disturbing development,” Judicial Watch President Tom Fitton said in a press release Tuesday, which is pushing for the public release of the emails. “Our experience with Abedin’s emails suggest these Weiner laptop documents will include classified and other sensitive materials.”

The watchdog group asked for “All emails of official State Department business received or sent by former Deputy Chief of Staff Huma Abedin from January 1, 2009 through February 1, 2013,” using a non-‘state.gov’ email address, the Daily Mail reports.

But their public release will take a while.

“Based on a preliminary review, the State Department expects that a significant portion of these documents may be duplicative of material already reviewed and processed,” the court document reads.
Fitton thinks both Clinton and Abedin committed crimes. Clinton was secretary of state and Abedin served as Clinton’s deputy chief of staff, both while using a private email server to conduct government business. Clinton destroyed tens of thousands of emails and smashed the hard drives.

“When will the Justice Department do a serious investigation of Hillary Clinton’s and Huma Abedin’s obvious violations of law?” Fitton said.

Last month, Weiner was sentenced to 21 months in prison for a sex case involving a 15-year-old girl. On the day Weiner pleaded guilty, Abedin announced the couple was separating.