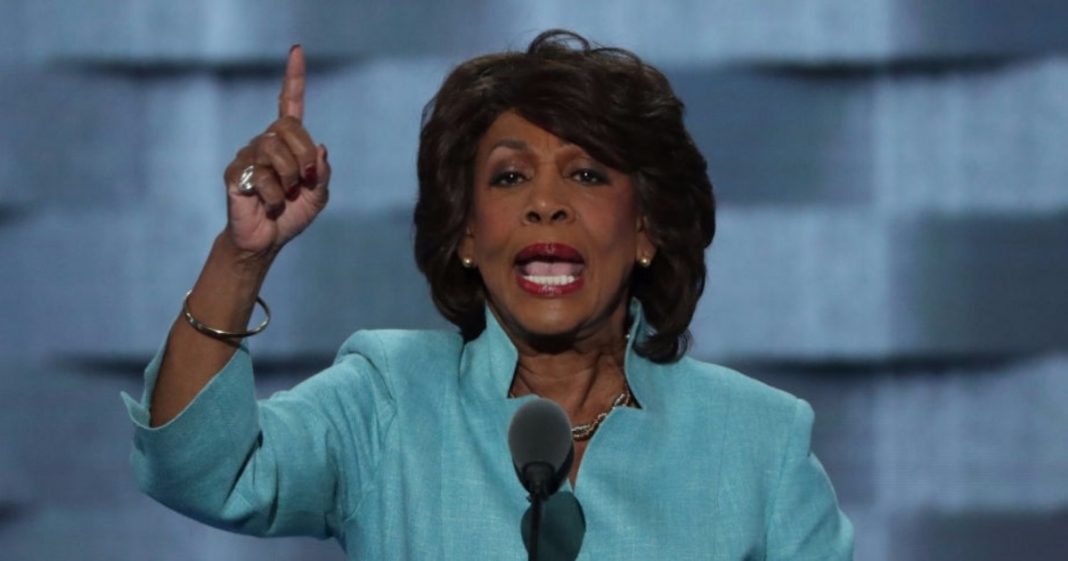 We’re not sure about you guys, but we never get tired of good old Rep. Maxine Waters.The California Democrat has something stupid to say almost every day. And this time, it’s a real doozy.

Waters has steadily been calling for the impeachment of President Trump. Why? She doesn’t say. When? Well, right away. But why again? Says Maxine: Do we really need a reason?!

Impeachment is about whatever the Congress says it is. There is no law that dictates impeachment. What the Constitution says is “high crimes and misdemeanors,” and we define that.

Thank God that the special counsel is beginning to connect the dots — and understand Facebook’s role in it and social media’s role in it. When is the black community going to say, ‘Impeach him’? It’s time to go after him. I don’t hear you!

Don’t another person come up to me and say, ‘You go, girl. No, you go!

That tops her last move, when Waters delivered a eulogy for comedian and activist Dick Gregory and went on an anti-Trump rant.

“I’m cleaning out the White House,” Waters said. “We’re going to sanitize the White House. We’re not going to take what is happening in this country. Haven’t you taken enough?” she yelled — to the mourners, The American Mirror reports.

“This dishonorable human being who has the alt-right, and the KKK and everybody else inside his Cabinet!” she bellowed to applause.

“This dishonorable human being who can criticize everybody but (Vladimir) Putin and Russia,” Waters said, referring to the man who just increased sanctions on the blustering country.

Moments later, Waters said, “Not only are we going to clean out the White House. We’re going to take back the house that slaves built!

Closing, she said, “And I know my colleagues get very upset. Some get afraid when I say ‘impeachment,’” she told the cheering mourners.

“When I get through with Donald Trump, he’s going to wish he had been impeached!” Waters yelled, pointing at the crowd.