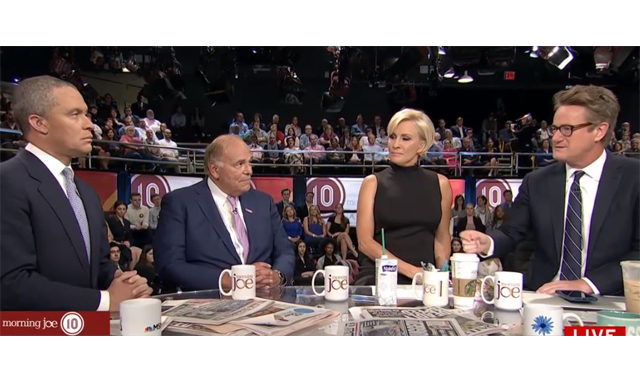 Multiple media reports suggest Ford is the latest powerful man to lose his job because of accusations of sexual misconduct.

Michele Davis spokeswoman said: “He has been terminated for conduct inconsistent with our values and in violation of our policies,” in a statement reported by Bloomberg.

Ford served in Congress with the host of “Morning Joe,” former Republican Florida congressman Joseph J. Scarborough, and the insider Capitol Hill banter between the two men has been one of the hallmarks of the program that has influence among political influence leaders that outweighs its raw audience size.

In Congress, Ford was often one of the conservative Democrats, who caucus as the Blue Dog Democrats, looking to work with Republicans on matters, such as national security, economics and social issues.

Ford joined Morgan Stanley in 2011 as a managing director reporting to Gregory Fleming, the president of Morgan Stanley Smith Barney and Morgan Stanley Investment Management. Fleming left the bank in January 2016 and in October joined the investment fund operated on the behalf of the Rockefeller family.

When Ford joined Morgan Stanley from Bank of America, Fleming said: “Consistent with our focus on providing clients with the best advice and long-term value, Harold will play an important role in executing a key business strategy at Morgan Stanley.”

Mr. Ford served in Congress from 1996 to 2007 as a Democrat from the 9th district of Tennessee.  First elected at the age of 26, he was the youngest member of the 105th and the 106th Congresses.  He served as a member of the House Budget Committee and the Financial Services Committee as well as a member and leader of the Blue Dog Democrats.  In 2000, he gave the keynote address at the Democratic National Convention.