The Washington Post submits this Pakistani IT scandal in the Democrat caucus in the House of Representatives is fabricated, yet WaPo never investigated or reported a word of the case.

This case is one of the most obscure, fraudulent, secret cases in DC with only one media source doing good work, The Daily Caller.

Seems Awan took a little plea deal with a slap on the wrist and Debbie Wasserman Schultz dances in celebration. That is unless the Feds got something out of Awan to go after lil miss Debbie or the others. There are plenty of others.

*** Awan pleaded guilty Tuesday to federal bank fraud in a plea deal where prosecutors said they “uncovered no evidence” that Awan “violated federal law with respect to the House computer systems.”

During a hearing before U.S. District Judge Tanya S. Chutkan in Washington, Awan pleaded guilty to making a false statement on a loan application. As part of the deal, the prosecution dropped fraud charges against Awan’s wife, Hina Alvi. (This judge by the way, from Jamaica, was appointed by Obama, read more on her here.) 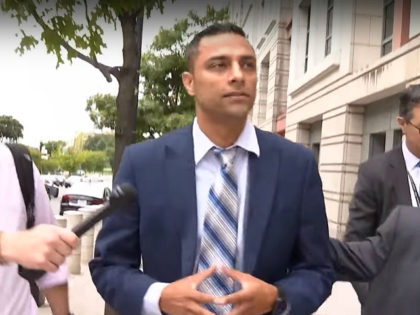 The case has generated interest from Republicans on Capitol Hill, who have suggested Awan could have been involved in a cyber breach operation. But prosecutors said Tuesday they investigated allegations of misconduct by Awan while on the job in Congress and determined federal charges were not warranted.

“Particularly, the government has found no evidence that your client illegally removed House data from the House network or from House members’ offices, stole the House Democratic Caucus server, stole or destroyed House information technology equipment, or improperly accessed or transferred government information, including classified or sensitive information,” the prosecution said in the plea deal.

Prosecutors said the government conducted a “thorough investigation of those allegations.” More here.

But hold on…there is missing computer and electronic devices. Is this another Hillary-type case?

Over 40 offices in the House of Representatives may have fallen victim to an “IT security violation,” according to a secret memo from top congressional law enforcement to the Committee on House Administration.

The memo, written in part by Paul Irving, the House’s sergeant at arms, detailed the disappearance of a server for the House Democratic Caucus following its marking as evidence in a cybersecurity probe. Imran Awan, email server administrator to former DNC chair Debbie Wasserman Schultz, and members of his family had logged into the server more than 7,000 times between 2015 and 2016 without proper authorization.

Since then, the memo alleges, the caucus server holding emails from lawmakers has been replaced by a lookalike, but the original is gone.

A secret memo marked “URGENT” detailed how the House Democratic Caucus’s server went “missing” soon after it became evidence in a cybersecurity probe. The secret memo also said more than “40 House offices may have been victims of IT security violations.”

In the memo, Congress’s top law enforcement official, Sergeant-at-Arms Paul Irving, along with Chief Administrative Officer Phil Kiko, wrote, “We have concluded that the employees [Democratic systems administrator Imran Awan and his family] are an ongoing and serious risk to the House of Representatives, possibly threatening the integrity of our information systems and thereby members’ capacity to serve constituents.”

The memo, addressed to the Committee on House Administration (CHA) and dated Feb. 3, 2017, was recently reviewed and transcribed by The Daily Caller News Foundation. The letter bolsters TheDCNF’s previous reporting about the missing server and evidence of fraud on Capitol Hill.

It details how the caucus server, run by then-caucus Chairman Rep. Xavier Becerra, was secretly copied by authorities after the House Inspector General (IG) identified suspicious activity on it, but the Awans’ physical access was not blocked.

But after, the report reads, the server appears to have been secretly replaced with one that looked similar.

The memo called for firing the Pakistani-born aides, revoking all their computer accounts, and changing the locks on any door they had access to.

Rep. Louie Gohmert — a Texas Republican on the House Committee on the Judiciary who has done oversight work on the case — said the missing server contained copies of Congress members’ emails.

“They put 40 members of Congress’s data on one server … That server, with that serial number, has disappeared,” he said.

Multiple sources connected to the investigation told TheDCNF that shortly after an IG report came out identifying the House Democratic Caucus server as key evidence in a criminal probe, the evidence was stolen.

“They [the Awans] deliberately turned over a fake server” to falsify evidence, one official close to the CHA alleged. “It was a breach. The data was completely out of [members’] possession.”