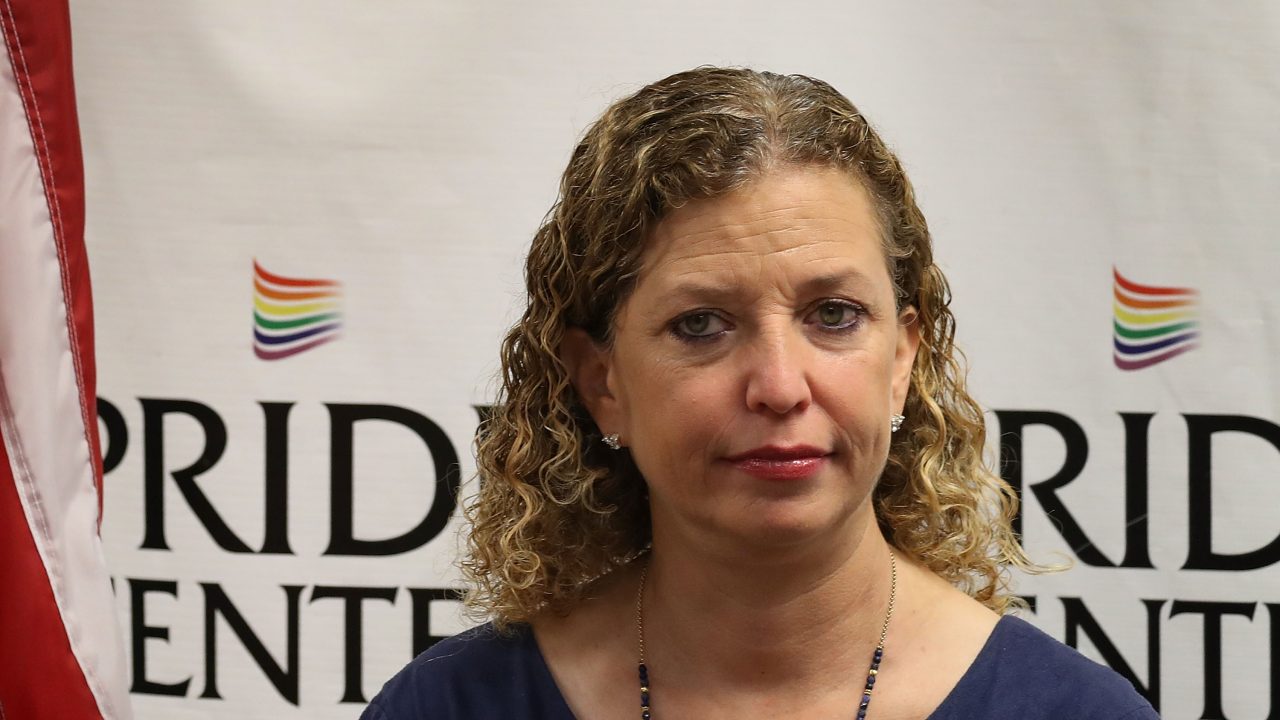 Prosecutors have given Imran Awan a copy of the hard drive of a House laptop that Rep. Debbie Wasserman Schultz tried to keep law enforcement from looking at, court filings show, suggesting prosecutors intend to bring charges related to the underlying cybersecurity and theft probe.

The hard-drive copy was included in discovery even though the Florida Democrat has said the laptop contains House information on it and is a government-paid work computer, and even though Imran was fired and banned from the House network because of suspected cybersecurity violations.

Imran left the laptop, with the username RepDWS, in a phone booth in circumstances that suggest that it was not accidentally forgotten there. Alongside it, he left a copy of his ID and letters to the U.S. attorney that ensured it would be treated as evidence instead of simply returned as a missing laptop.

Imran entered a House office building the night of April 6, two months after he was banned by House authorities from touching its network, and placed the laptop, a copy of his ID, and letters to the US Attorney in a phone booth, according to a police report. There would be little reason to enter the phone booth, and it would be difficult to forget items there.

Imran also left in the phone booth a notebook that said “attorney client privilege,” which could be a reason why prosecutors gave Imran’s lawyer a copy of what could be Wasserman Schultz’s laptop. Prosecutors said they were giving him a copy under the legal process of discovery, in which defendants have a right to evidence being used against them.

He has only been charged with bank-fraud crimes related to trying to flee the country with cash, which is why its inclusion in discovery suggests prosecutors intend to bring charges related to the underlying cybersecurity and theft probe. Imran’s lawyer, Wasserman Schultz, and many in the media have said the misconduct involving Imran goes no further than bank fraud, but the timeline makes clear that a serious criminal investigation into those House issues was the impetus for those moves, and the notebook also included “case details” and letters about “the apparent owner of the bag being investigated,” well before he was accused of bank fraud.

An Aug. 31 letter from prosecutors to Imran’s attorney reads:

Wasserman Schultz frantically fought to stop police from looking at the laptop’s hard drive. For more than two months, police had been telling her they suspected him of cybersecurity breaches, including what she called “data transfer violations,” but she maintained that she thought the police were picking on him and wanted to protect his “due process” — even though she knew how serious cyberbreaches can be because she was head of the DNC when its emails were released last year.

Imran had access to all the emails and files of dozens of House Democrats. The bizarre refusal of members of Congress to criticize Imran no matter how many suspicious actions are tied to him raises questions about whether members may be afraid that he could release their emails if they assist in his prosecution, or that some could implicated in a kickbacks scheme involving disappearing equipment and ghost employees.

David Damron, a spokesman for the Florida lawmaker, declined to tell The Daily Caller News Foundation why Wasserman Schultz would still be so adamant the allegations against Imran were made up even after Imran apparently took her laptop late at night and left it where it would be found, alongside other seemingly carefully curated evidence.

Damron would not clarify why she said the laptop was hers and she had lost it, then that it was Imran’s and she had never even seen it, and finally, the revelation that it had the username RepDWS, rather than Imran’s username.

Wasserman Schultz hired an outside attorney, Bill Pittard, to argue that police and prosecutors should not be allowed to keep or look at the laptop because it was full of sensitive legislative information, invoking the Constitution’s “speech and debate clause.”

Wasserman Schultz was prohibited from allowing Imran to touch anything having to do with the House network after the Feb. 2 ban, but she kept paying him and providing him access to the office, she said, to have him work on “printers” and “websites.” Damron would not say whether Wasserman Schultz thought he had connected to the network using the laptop. He would also not say what Imran was doing roaming the House hallways at night.

After learning that Imran was the subject of an investigation, Wasserman Schultz went out of her way to add his wife, Hina Alvi, to her payroll in a newly created position as a second IT aide. In March, Hina left the country with $12,000 in cash, her children, and large amounts of household goods while Wasserman Schultz knew she was the subject of a criminal investigation, but she kept paying Imran. Weeks later on April 6, the laptop and letters to the U.S. Attorney turned up in the phone booth.

On May 18, she threatened the Capitol Police with “consequences” if they didn’t return the laptop, saying “if a member loses equipment… it should be returned” because “the member” is not the subject of an investigation.

Police chief Matthew Verderosa noted that he was keeping the laptop because it was tied to a criminal suspect. Indeed, if the laptop had been found by itself, the laptop would have been returned, but the seemingly carefully laid collection of items left with it, including multiple IDs and references to a criminal case, ensured that the laptop would be immediately considered evidence.

Immediately after prosecutors gave Imran a copy of the laptop, Imran’s wife, Hina Alvi, told prosecutors she would agree to return from Pakistan to face charges, seemingly indicating she has confidence that she won’t face serious punishment for theft or cyberviolations, despite authorities being in possession of massive quantities of invoices that were systematically altered to prevent the equipment from appearing in House inventories.

Bill Miller, a spokesman for the U.S. Attorney of the District of Columbia, declined to comment on giving Imran an image of the laptop. Wasserman Schultz’s brother, Steve Wasserman, is an attorney in the office. He has no role in prosecuting the case, but he has tweeted an op-ed arguing that there should be no case against his sister.