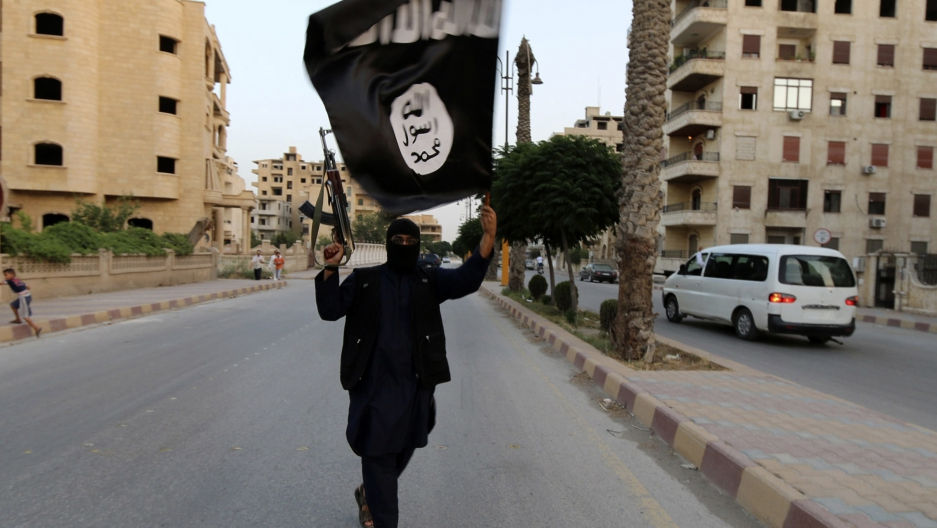 A 22-year-old  man from Oakland, California, man was indicted Friday on charges related to material support for ISIS.

His case represents the 130th ISIS-related arrest in the U.S. since March 2014.

According to the Justice Department, Amer Sinan Alhaggagi opened up social media accounts on behalf of ISIS and was willing to commit a suicide bombing.

Even more disturbing, according to the indictment, Alhaggagi said he wanted to “redefine terror” and kill 10,000 people here in a domestic terror attack.

“The whole Bay Area is going to be up in flames,” he reportedly said.

He had also spent time in Yemen, and had planned to flee the country through Mexico following his attacks.

Alhaggagi was arrested in November 2016 and held on unrelated charges until last week’s indictment.

Regarding the case, the Justice Department announced:

According to the indictment, Alhaggagi, 22, of Oakland, California, is alleged to have knowingly attempted to provide services and personnel to the Islamic State of Iraq and al-Sham (ISIS), between July and November of 2016, in violation of 18 U.S.C. § 2339B. ISIS is a designated foreign terrorist organization. The indictment alleges that the services Alhaggagi attempted to provide included opening social media accounts for the use, benefit and promotion of ISIS, and that the personnel he provided was himself.

But the indictment reveals more stunning details about Alhaggagi’s plans.

ABC News 7 in San Francisco, which has been following the case for months, reported:

The 22-year-old was born in Lodi and grew up in the East Bay. He attended Berkeley High and was living an apartment complex in West Oakland at the time of his arrest. Prosecutors say by the time he was arrested, he had been communicating with a confidential source working for the FBI and they allege Alhaggagi spent months planning attacks and discussing his willingness to kill and be killed for ISIS.

In that December 2016 court hearing, prosecutors revealed Alhaggagi talked about plans to sell cocaine laced with rat poison in Bay Area nightclubs. The undercover agent says he was looking for information on the exact mixture of strychnine and cocaine to use in that scheme. He showed the agent an ISIS bomb-making manual he downloaded on a computer and he sent the agent photographs of guns he said he obtained.

“He then told confidential source number one, ‘I live close to San Francisco, that’s like the gay capital of the world. I’m going to handle them right, LOL,’ meaning laughing out loud. ‘I’m going to place a bomb in a gay club, Wallah or by God, I’m going to tear up the city.’ And I quote, ‘The whole Bay Area is going to be up in flames,'” the federal prosecutor explained to Judge Westmore in his argument to have Alhaggagi detained.

He also told the court how Alhaggagi took the undercover agent, posing as an ISIS supporter from Salt Lake City, on a tour of the Bay Area including the Cal Berkeley campus. The feds say he wanted to plant backpack bombs at the dorms and went along with the undercover agent to set up a storage unit where he would store supplies for his plans.

The FBI’s investigators say one sign of how serious he was about his support for ISIS came when he showed up at a meeting with the undercover agent at the storage unit with three backpacks to be used to carry bombs.

Alhaggagi’s lawyer released a statement Friday saying, “Amer is not anti-American and does not support ISIS or any other terrorist organization. He is completely nonviolent and he took no actions to harm anyone.”

His family gave the following statement to local media, saying he had never been radicalized:

We were shocked to learn of the accusations involving Amer. Amer is not and has never been radicalized in any way. He grew up in this country and loves it here. He is peaceful and kind. He was very young and immature when he got involved in the online conversations that are the basis for these accusations. He did not think those conversations were serious and he never had any intent to harm anyone. We love him and continue to fully support him.

In another ISIS-related case I reported on here at PJ Media earlier this month, a U.S. soldier stationed in Hawaii and arrested for supporting ISIS has now been charged, federal officials said Saturday.

Ikaika Erik Kang is accused of offering classified documents and military training to the terror group.