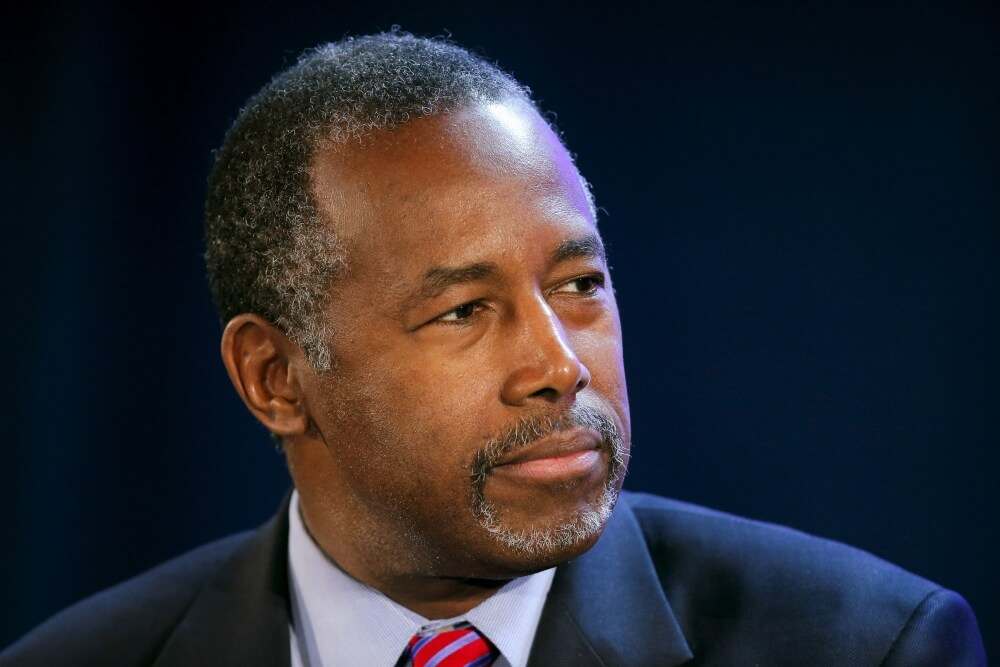 Secretary of Housing and Urban Development Ben Carson argued for “taking the high road” to achieve racial reconciliation in a Facebook post Wednesday.

Carson, who endorsed Donald Trump after he dropped out of the 2016 Republican presidential primary, addressed the “racial and political strife” that followed the violence in Charlottesville, Va. over the weekend. Trump’s comments Tuesday on the Charlottesville protests have drawn ire from many who think the president should blame white supremacists more forcefully.

Carson related an anecdote that he thought would help show a path forward on racial division in the country.

Several years ago we bought a farm in rural Maryland. One of the neighbors immediately put up a Confederate flag. A friend of ours who is an African-American three-star general was coming to visit and immediately turned around concluding that he was in the wrong place. Interestingly, all the other neighbors immediately put up American flags shaming the other neighbor who took down the Confederate flag. More recently our home in Virginia along with that of a neighbor was vandalized by people who also wrote hateful rhetoric about President Trump. We were out of town, but other kind, embarrassed neighbors cleaned up most of the mess before we returned.

Carson said that these community actions represent a way to reduce tension and even persuade others.

In both instances, less than kind behavior was met by people taking the high road. We could all learn from these examples. Hatred and bigotry unfortunately still exists in our country and we must all continue to fight it, but let’s use the right tools. By the way, that neighbor who put up the Confederate flag subsequently became friendly. That is the likely outcome if we just learn to be neighborly and to get to know each other.

Carson has spoken extensively about civil rights issues and racial reconciliation in the past.