A #NeverTrump columnist and former GOP strategist made some truly disgusting claims about a former strategist for President Donald J. Trump on Twitter last night.

“Are your daughters ugly like you?” wrote Cheri Jacobus to Michael Caputo. “Or can Trump use them at the Epstein parties so you can survive when you’re broke, bitter, along [sic] and in prison for treason?” 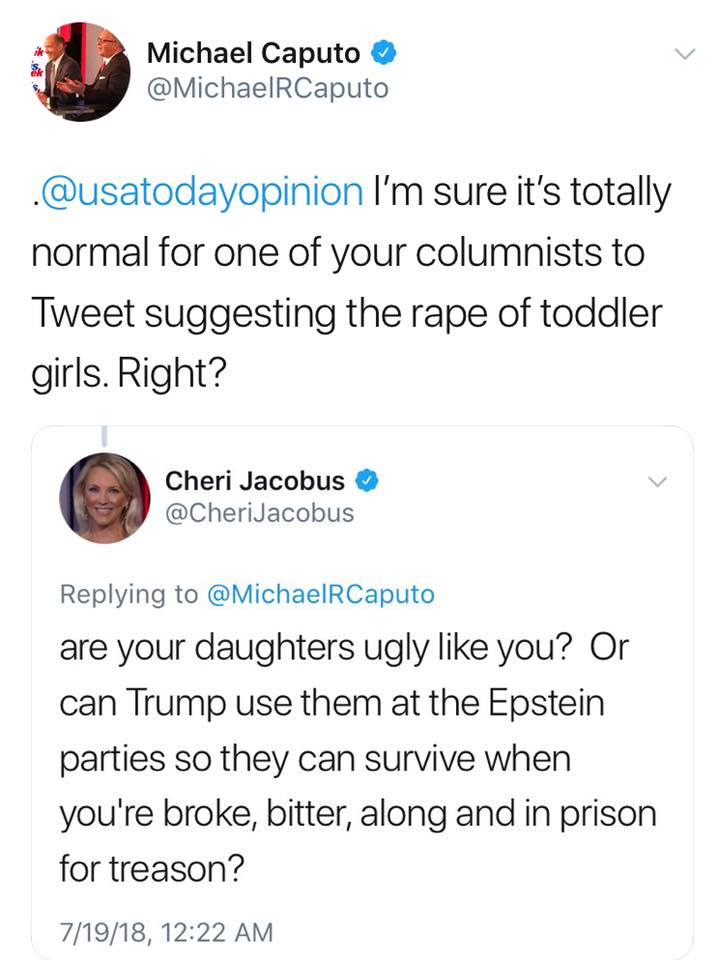 Jacobus was referring to pedophile Jeffrey Epstein, who is known to fly with former President William J. Clinton and other world elites on his private plane dubbed “the Lolita Express” to his private island, where underage girls have been reportedly used for sex.