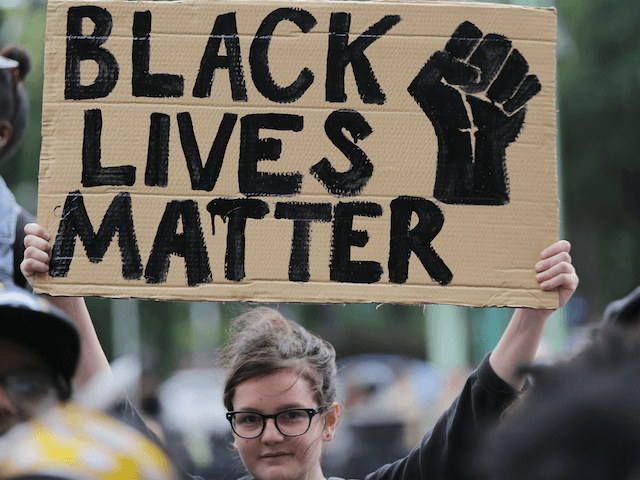 A Black Lives Matter Activist group at The College of William & Mary shut down an ACLU Free Speech event on the basis that “liberalism is white supremacy.”

The Black Lives Matter group at the College of William & Mary derailed a campus event hosted by the ACLU. The event, which was titled “Students and the First Amendment,” was a lecture being offered by ACLU staffer and W&M alumna Claire Gastañaga.

The student group live-streamed their protest effort on Facebook. The video shows the students storming the stage shortly after the lecture began. For nearly 20 minutes, the students chanted, drowning out the speaker. “ACLU, you protect Hitler, too,” “the oppressed are not impressed,” and “shame, shame, shame, shame” were amongst the chants used by the protesters. In addition, they chanted “the revolution will not uphold the Constitution,” and “Liberalism is white supremacy.”

The protest was supposedly a statement against the ACLU’s decision to defend the Charlottesville rally that took place on the University of Virginia’s campus in August. After the chanting went on for almost 20 minutes, the event’s organizers pulled the plug on the lecture.

William & Mary released a statement on the event’s derailment. The statement argues that “silencing certain voices in order to advance the cause of others is not acceptable” because it “stifles debate.”

William & Mary has a powerful commitment to the free play of ideas. We have a campus where respectful dialogue, especially in disagreement, is encouraged so that we can listen and learn from views that differ from our own, so that we can freely express our own views, and so that debate can occur. Unfortunately, that type of exchange was unable to take place Wednesday night when an event to discuss a very important matter – the meaning of the First Amendment — could not be held as planned. …

Silencing certain voices in order to advance the cause of others is not acceptable in our community. This stifles debate and prevents those who’ve come to hear a speaker, our students in particular, from asking questions, often hard questions, and from engaging in debate where the strength of ideas, not the power of shouting, is the currency. William & Mary must be a campus that welcomes difficult conversations, honest debate and civil dialogue.