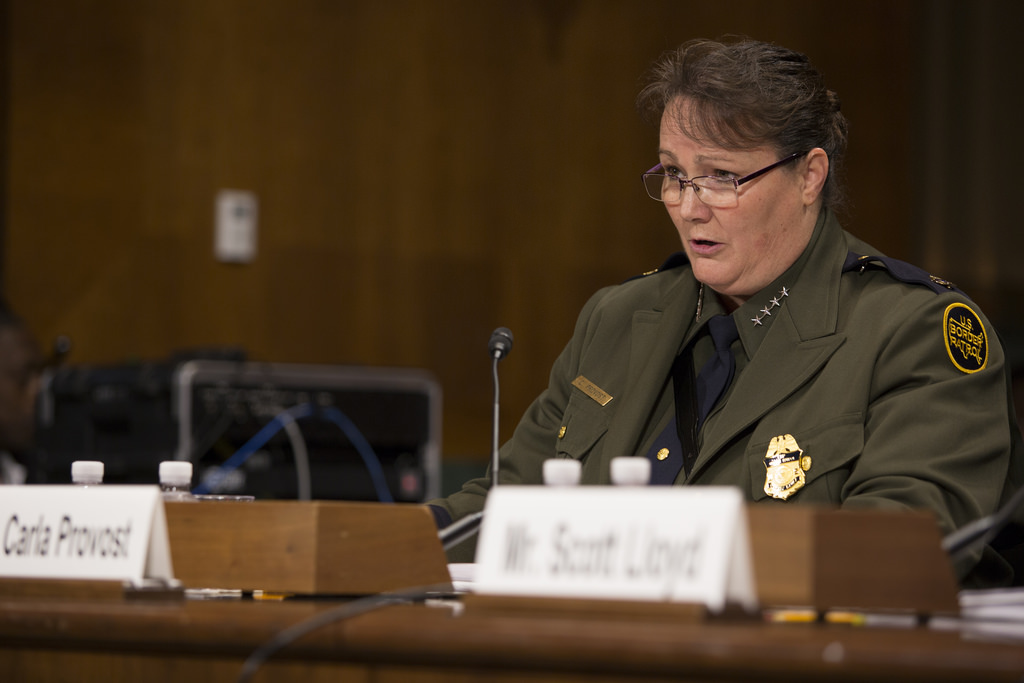 Speaking on Politico’s “Women Rule” podcast, Provost, the first female head of the Border Patrol, said the benefits of Trump’s support have extended to agents of all backgrounds. Journalist Amanda Ripley asked specifically whether Trump’s focus on the border, beefing up the Border Patrol, and building a border wall mattered to agents.

“Yes, I would say it’s definitely had a positive effect,” Provost said. “When I’ve gone out and spoken with agents … I’m seeing that enthusiasm.”

“It’s a dangerous job. It’s a tough job, but it is a job worth doing,” she added. “And I think the fact that they’re getting some support certainly helps bolster their morale.”

She said their mission is a broad one that deals with national security in general, and it benefits agents to have the administration’s backing.

“I think having that support has really made them feel good,” Provost said. “As it should, because it’s a tough mission that we have to do. It’s not just an immigration; it’s a national security mission.”

Ripley also asked if Trump’s rhetoric has led to tension among the Latino members of the border patrol, who comprise a majority of the force.

“I have not witnessed it with our men and women,” Provost replied. “I certainly don’t want to speak for all of our agents that are Latino or Latina on their thought process, on the issue, but I know they’re all patriots, and hard workers, and I think the national security mission is what brings them to this job. That drives most of us to doing the job.”

Provost discussed a wide range of topics, including on how gender impacts agents in the Border Patrol. Provost said she did not see differences between male and female agents, saying high standards apply to all agents, who are recognized equally for their performance.

“We’re all Border Patrol agents, and that was something I’ve always, I guess, aspired to throughout my career,” Provost said.

Ripley also asked whether the Border Patrol considered Trump disrespectful to the rule of law, and Provost said agents have not had that feeling.

“Well, I think specific to the Border Patrol, I think the agents are feeling empowered to actually enforce the laws that are on the books,” Provost said.