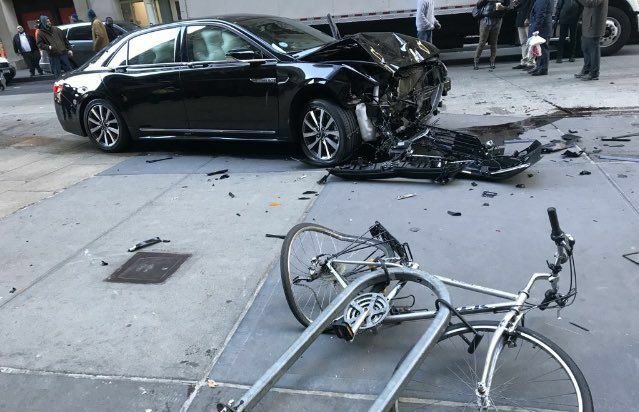 The alleged driver is in custody following an incident where a car hit and wounded at least three pedestrians and a bicyclist in New York City near the World Trade Center at Liberty Street and Broadway.

BREAKING: NYPD confirms 6 pedestrians were struck by a cab at liberty and Broadway, driver is being interviewed

(First reported by Kristinn Taylor and published by The Gateway Pundit) http://www.thegatewaypundit.com/2017/12/breaking-car-runs-pedestrians-near-world-trade-center-least-three-wounded/   (December 7, 2017)