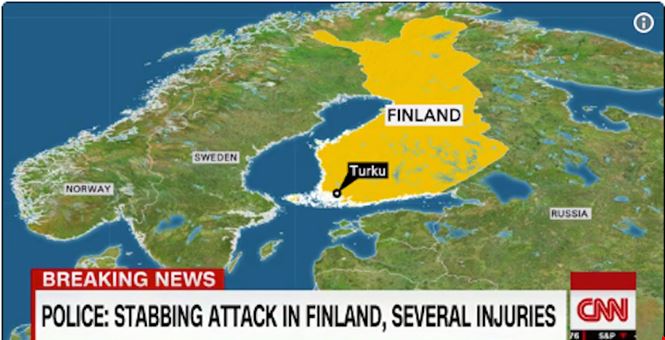 There are very few details available at the moment, including suspect, motive, and number of casualties, but there has reportedly been a mass stabbing attack in the Finnish city of Turku. Turku is located in western Finland. The incident is being treated as a potential terrorist attack.

BREAKING: Finnish media say several people have been wounded in a stabbing in the city of Turku in western Finland.

People are being told to avoid the downtown area as the situation unfolds.

A suspect has been shot by police. His condition is unknown.

This post will continued to be updated as information is available.