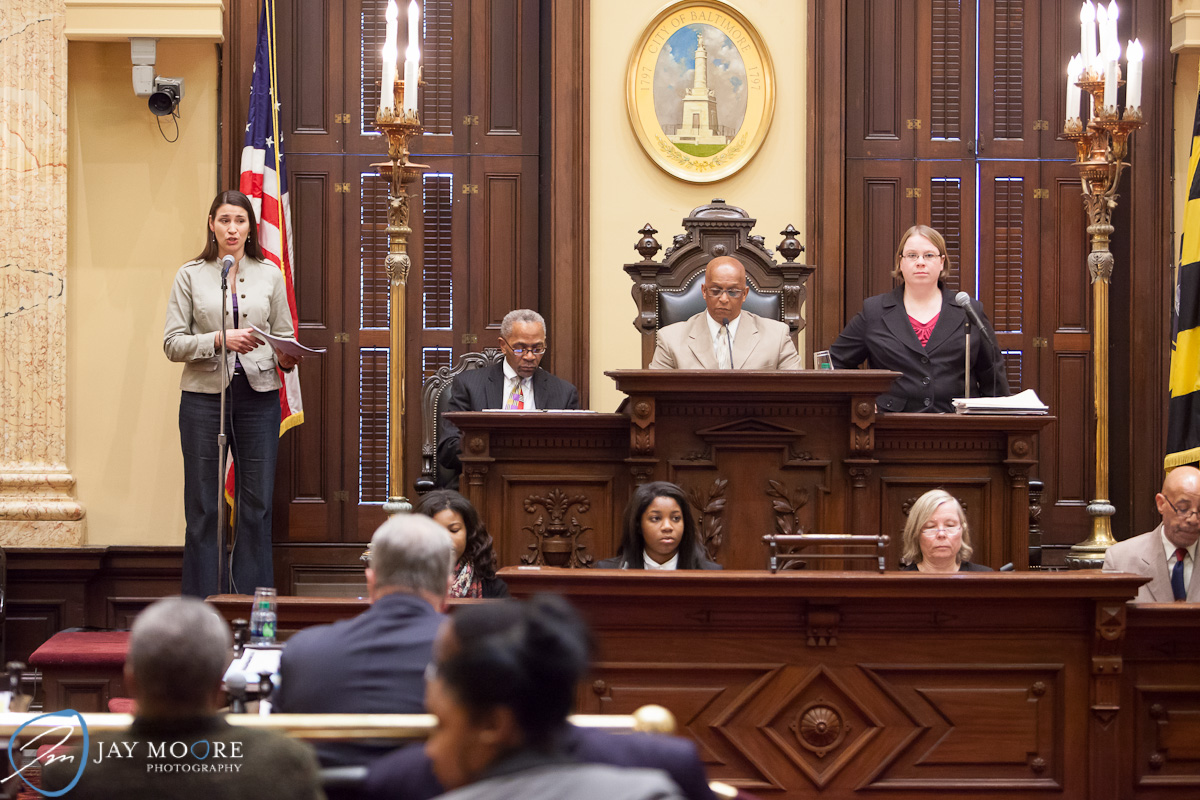 Council members had issued several warnings to unruly attendees, but police were called to move in as activists clashed with council members, and people pushed back.

It ended with two arrests and a lot of upset people.

The Baltimore Police Department says a 29-year-old and a 27-year-old were arrested and will face charges.

At least one person was injured as police pulled people from the room, and an ambulance was called to the scene. Police say the 27-year-old who was arrested complained of chest pains after being arrested. He has been transported to a local hospital for treatment.

After all of Tuesday’s events, council members voted through an amended gun bill by a 5-2 vote, moving it to the next round.

City officials say they’re trying to end the slow motion massacre on the streets of Baltimore by putting a gun law back on the books that says those found guilty of carrying an illegal gun will be given a mandatory year-long sentence.

“To say this is going to make a difference, I hope so,” says councilwoman Mary Pat Clarke. “I hope it will, because we have the votes here.”

Council member Brandon Scott, of the 2nd district, says he’s against the bill in any form.

“The amendments make the bill easier to stomach, it still doesn’t change the fact that I disagree with the bill in its entirety and its principles of mandatory minimums,” he says.

One of the staunchest supporters of the bill says he’s not a fan of the amendments, but he was willing to compromise in order to get closer to the goal.

“I have dozens and dozens of constituents who have reached out about this, and they are frankly sick and tired of people illegally carrying guns on the street and wreaking havoc on out communities,” says Eric Costello of the 11th district.

Under the amended version of the bill, a mandatory minimum sentence would only apply to second offenses, except for first time offenders whose gun violation was committed along with another crime.

The mayor did not specifically comment on Tuesday’s amendments, but she still strongly supports the bill she hopes will get illegal guns off Baltimore streets.

“Over 600 shootings in less than a year in our city and something has to give,” Catherine Pugh says. “And so we are trying to protect the citizens of our city and make sure that we curb the violence in our city.”

The city council will re-visit the bill in about three weeks.