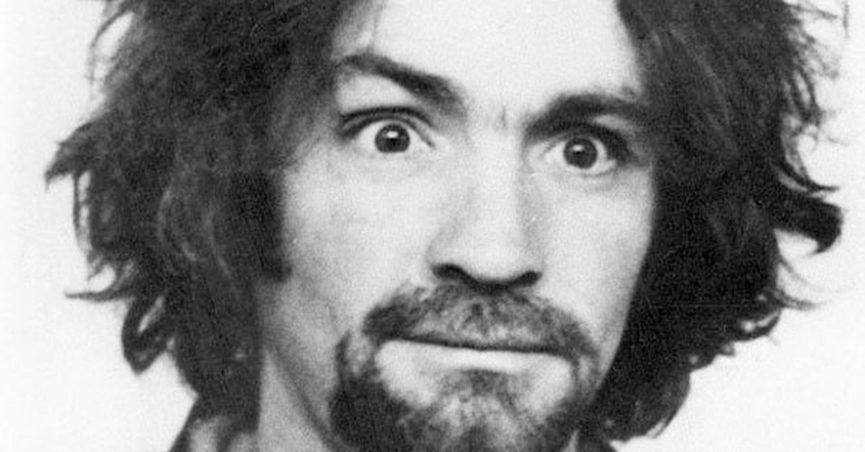 Manson, the man who struck a violent coda to the era of peace and love, met his end in a Bakersfield hospital at 83.

Manson started his family in the Bay Area, where he tripped at a Grateful Dead concert at the Avalon Ballroom and busked in Haight-Ashbury for spare change, before heading south. The conman projected an oracular wiseman to fools. Biographer Ed Sanders notes, “The reality was that he was a glib grubby little man with a guitar scrounging for young girls using mysticism and guru babble.”

More than his naïve female followers fell for it. Even after Manson stood accused of orchestrating the murders of ten human beings in four separate incidents in 1969, some radicals stood by him. Others lionized him.

At their infamous Flint, Michigan, War Party at the end of 1969, the Weathermen hoisted a “Charles Manson Power” banner and spelled out pregnant victim Sharon Tate’s name in bullets. Trust-fund revolutionaries Diana Oughton and Kathy Boudin, the former obliterated by a bomb she hoped to explode at a soldier’s dance and the latter convicted of murder in the 1980s, idolized the Manson Family so much that they nicknamed their Weatherman cadre “The Fork” in homage to the eating utensil shoved into deceased victim Leno LaBianca’s stomach by Patricia Krenwinkel.

The charismatic Bernardine Dohrn, later a friend of Barack and Michelle Obama, feverishly told Weatherman followers: “Dig it: first they killed those pigs, then they ate dinner in the same room with them, then they even shoved a fork into the victim’s stomach. Wild!”

When I asked Weatherman Mark Rudd why his otherwise intelligent friends paid homage to Manson, he told me: “We wanted to be bad.”

Like Dohrn, Rolling Stone later went on to enjoy mainstream respectability despite publishing bizarre views on one of the twentieth century’s most notorious serial killers. Whereas Manson looked every bit the madman on the cover of Life, he appeared as a visionary on the front page of Rolling Stone. Therein, the magazine depicted Manson’s refusal to offer an insanity plea as a principled stand and characterized his criticism of the legal system as “obviously accurate in many ways.” In calling him Charlie, a first-name-basis intimacy later reserved for Madonna, Prince, Bruce, and other singing celebrities, the magazine actively sought to humanize the man who dehumanized so many.

Other underground newspapers went further. The Los Angeles-based Tuesday’s Child proclaimed, “Manson: Man of the Year” on one cover and depicted Manson as Jesus Christ dying on the cross under the tag “Hippie” on another. The Los Angeles Free Press ran a weekly column penned by Manson. The Other, playing off controversial remarks made by the president, headlined an issue “Manson Declares Nixon Guilty.” Upon the release of an album of Manson’s music, several underground newspapers provided advertising for it gratis.

Nearly a half century after the murders, the Manson Family still strikes as surreal. So, too, does the contemporaneous admiration of the murderer from radical journalists and leaders.