Breaking a company tradition, a North Carolina Chick-fil-A opened its doors on Sunday to help feed those affected by Hurricane Florence this past week. 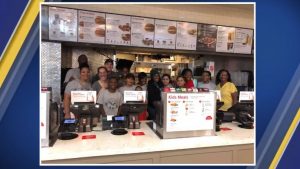 Nikki and Donovan Carless, who own a Chick-fil-A franchise in Garner, North Carolina, had been tracking the storm and wondered how they could help the victims of Hurricane Florence, WTVD reported.

Along with the Red Cross, the employees of the Garner store served 1200 nuggets and 500 sandwiches at three different shelters, helping to feed the evacuees who were trying to escape Florence’s wrath.

Chick-fil-A’s tradition to remain closed on Sundays began in 1946 by the company’s Christian founder, Truett Cathy, who wanted to recognize the day as a holy day for rest and family.