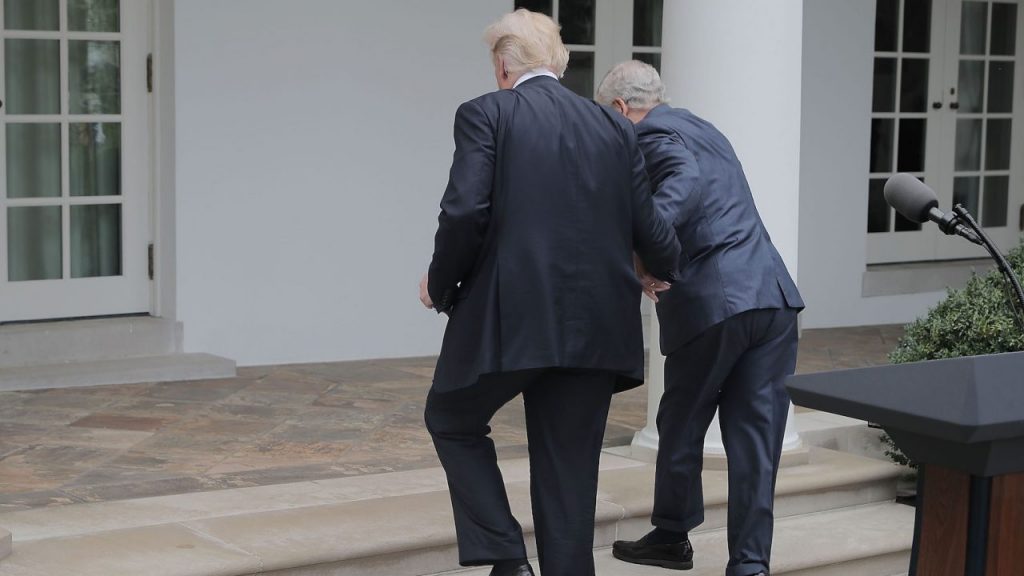 CNN political reporter Daniella Diaz found herself in hot-water this week after she seemingly mocked Senate Majority Leader Mitch McConnell for clutching onto President Trump after a press briefing; apparently unaware McConnell is a polio-survivor who has trouble ascending and descending steps.

The left-wing reporter kicked-off a social media firestorm after she made light of the Trump-McConnell “hand-lock” following the leaders joint press conference at the White House.

“That hand-lock between Trump and McConnell, though,” posted Diaz.

A fellow CNN reporter tried to correct Diaz following her inappropriate tweet, saying “McConnell is a polio survivor, a reason why stairs can be tricky at times […] McConnell often goes up a step at a time, sometimes needs railing for assistance. This time, used Trump for balance.”

According to Fox News, McConnell explained his medical situation during a campaign ad he ran back in 1990, saying “When I was a child and my dad was in World War II, I got polio. I recovered, but my family almost went broke.”