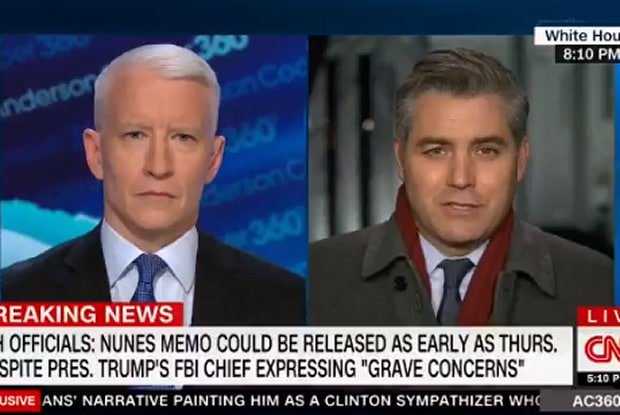 CNN’s Jim Acosta went on the air yesterday and pushed a narrative that isn’t backed up by the video evidence. He said he was shouted down and tugged at the White House.

His claim is being pushed on the left wing site Share Blue:

Donald Trump’s staff is doggedly trying to shield him from questions about the ongoing smear campaign that he and fellow Republicans re engaging in against the FBI.

CNN reporter Jim Acosta tried to ask Trump to respond to the FBI’s statement Wednesday expressing “grave concerns” about the GOP’s memo and its negative impact on public safety.