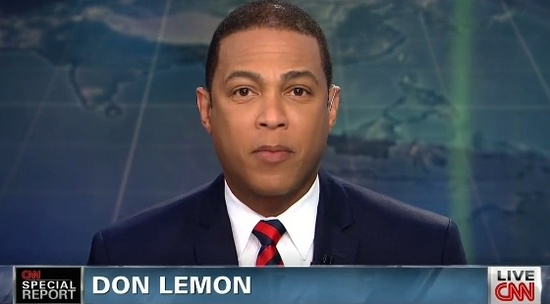 If there was one person who was not at all happy with Donald Trump’s speech in Phoenix, Arizona, it was Don Lemon. The CNN host said the rally was “unhinged,” “embarrassing,” and questioned the president’s fitness for office. Trump went after the media, went after Sens. Jeff Flake and John McCain, though didn’t mention them by name, and heavily insinuated that he would issue a pardon to Sheriff Joe Arpaio, who was convicted of violating a federal court order to end racial profiling of Hispanics. Folks, this isn’t anything we haven’t heard before, it wasn’t out of the ordinary than what we’ve seen at Trump rallies. Yes, maybe there were some areas where criticisms could be lobbed at the president, but as always—the media overreached. The only thing that happened on that network last night was solidification of support among Trump’s base. The poll showing 60 percent of people who said they would never stop approving of Donald Trump probably went up a few notches if you saw what occurred on that network last night. If you thought Trump’s speech was unhinged, just imagine listening to non-medical professionals trying to diagnose whether Trump was insane or not, and then debating the semantics and appropriate situation in which the word “insane” should be used. CNN made the case for why the media’s credibility is in the toilet, and how the liberal media still cannot get over the fact that Hillary Clinton lost the election.

DON LEMON, CNN: Well, what do you say to that? I’m just going to speak from the heart here. What we have witnessed is a total eclipse of the facts.

Someone who came out on stage and lied directly the American people and left things out that he said in an attempt to rewrite history, especially when it comes to Charlottesville.

He’s unhinged, it’s embarrassing and I don’t mean for us, the media because he went after us, but for the country. This is who we elected president of the United States. A man who is so petty that he has to go after people who he deems to be his enemy, like an imaginary friend of a 6-year-old.

He certainly opened up the race wound from Charlottesville. A man clearly wounded by the rational people who are abandoning him in droves, meaning those business people and the people in Washington now who are questioning his fitness for office and whether he is stable. A man backed into a corner it seems by circumstances beyond his control and beyond his understanding. That’s the truth.

If you watch that speech as an American, you had to be thinking what in the world is going on? This is the person we elected as president of the United States? This petty, this small, a person who is supposed to pull the country together? Certainly didn’t happen there.

Oh, it gets better, folks. During a panel discussion, Lemon accused the president of “clearly trying to ignite a civil war.” Oh, and he may have dementia, citing known mental health expert (I’m joking of course) Ana Navarro, who tweeted out that the president may be afflicted with this mental issue (via Free Beacon):

“He has given oxygen to racists,” Lemon said. “He hasn’t really said anything [to] denounce the alt-right … He is clearly trying to ignite a civil war in this country. He has not tamped down race.”

In what CNN described in its chyron as an “angry, divisive speech,” Trump lit into the media and also defended his criticized response to the white supremacist violence in Charlottesville, omitting in his remarks to the crowd that he once said “both sides” carried blame for violence there.

Oh, and Lemon also looped in former Director of National Intelligence James Clapper, who said that he was disturbed by the rally, adding “I really question his ability, his fitness to be in this office and I also am beginning to wonder about his motivation for it. Maybe he is looking for a way out.”

In all, it proved why Trump won in 2016. It’s these sorts of tantrums from the media that pushes moderates into the Trump camp and makes those already in it to dig in deeper. We went through a gauntlet of nonsense last night, with the discussions about his mental health from people who are explicitly anti-Trump. The talk about civil war was doubly insane. You want to talk crazy; please discuss ways in which you know for sure that the president wants to cause a civil war. The overreach and hyperbole just kills any legitimate criticism there might have been during last night’s remarks. That’ll get glossed over because apparently Don Lemon thinks Fort Sumter reloaded is upon us. It was a clown show. Period.