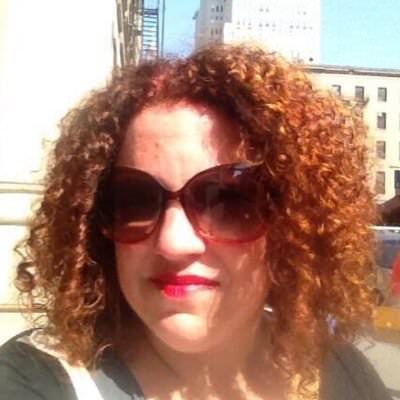 Pennsylvania State University-Brandywine professor Angela Putman recently asserted in an academic paper that the notion “if I work hard, I can be successful” is merely a product of white ideology, reports Campus Reform.

Angela Putman conducted a study to critique and examine “ideologies within college students’ discourse that are foundational to whiteness.” Her resulting conclusion published on Thursday was that “meritocracy”, or the belief that people should rise based on the fruits of their own labor, is a “white ideology.” In her mind, this “white ideology” is unfortunately widely accepted in academia.

But, Professor Putman argues that professors can change this “ideology” by teaching students “how racism and whiteness function in various contexts, the powerful influence of systems and institutions, and the pervasiveness of whiteness ideologies within the United States.”

Putman believes that it is somehow a bad thing to teach students personal responsibility. Emphasizing a collectivist mindset, Putman puts forth the idea that Americans are falsely “socialized to believe that we got to where we are… because of our own individual efforts.”

This “ideology” she says, perpetuates whiteness and racism throughout society. Once students learn more about “white ideology,” they will hopefully “resist perpetuating and reifying whiteness through their own discourse and interactions,” and challenge systemic “manifestations of racism and whiteness.”

Until students learn the hidden dangers of believing in the value of hard-work and a positive attitude, “whiteness ideologies may be reproduced through a general acceptance and unchallenging of norms, as well as through everyday discourse from a wide variety of racial positionalities.”

In the past, Professor Putman has put forth even more radical ideas to confront racism. On her blog, whiteprivilegedoc.com, Putman gave a detailed list how to fight systemic racism. Among her list of ideas were:

#2. Stop looking to people of color for information, guidance, and leadership.

If you are confused, unsure what to say, overwhelmed with emotions, or just don’t know what to do, try to figure it out on your own first. If that doesn’t work, look to other whites involved in the fight for their help and guidance. It is not the responsibility of people of color to explain things to us, to make us feel better..

#8. Attend protests and rallies… but not if you aren’t willing to be arrested.

Those who led the fight for civil rights (and those who continue to fight today) believed so strongly in what they were fighting for that they were willing to be arrested or tear gassed or beaten by police if it came to that. I hope that protests and rallies remain peaceful; but, when confrontation with law officers occurs, white people should be the ones at the front of the lines, holding their ground, and forcing officers to arrest them first. Let the media start writing headlines and talking on television about the countless white people arrested at the recent Black Lives Matter protest, and perhaps we might change the perceptions and shift the conversations people are having about this movement.

Putman did not say how she would be grading students in the future. According to her theory, grading based on their merits and test scores would be a perpetuation of white ideological privilege.