Crazy Dr. Fauci is again up to no good.  The top doctor behind the US economic shutdowns and government invasion of every constitutional right every American citizen holds is now rebuking the President’s orders.

Yesterday it was announced in a press release that the ‘non-profit’ firm EcoHealth Alliance had been awarded a grant of $7.5 million by the National Institute of Allergies and Infections Diseases (NIAID) which is run by Dr. Fauci. 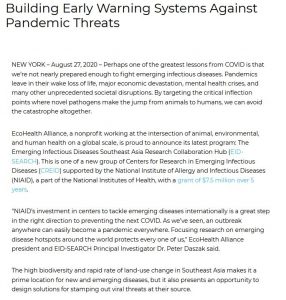 The National Institute of Health (NIH) project directory confirms a project was set up with EcoHealth Alliance: 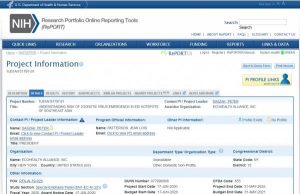 The problem with this new contract is that President Trump wanted an end to any government relationship with this company in April due to its ties with Communist China and the Wuhan Institute of Virology.