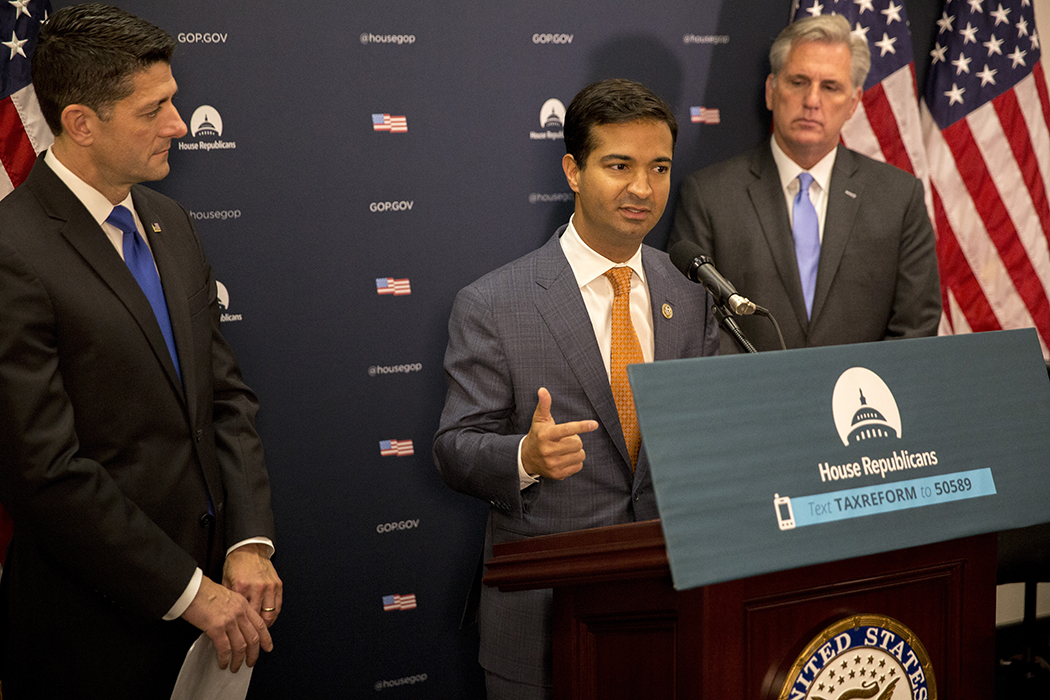 The Congressional Hispanic Caucus on Thursday rejected Republican Rep. Carlos Curbelo’s (R., Fla.) request to join, despite being the son of Cuban exiles.

The caucus announced that it will not accept Curbelo into its ranks because he does not share its members’ values. Curbelo responded with a statement, in both English and Spanish, accusing the caucus of partisan bias. The body has no Republican members after retiring Rep. Ileana Ros-Lehtinen (R., Fla.) rejected an invitation and Curbelo was denied.

“It is truly shameful the Congressional Hispanic Caucus has decided to build a wall around the organization to exclude Hispanic-Americans who aren’t registered in the Democratic Party,” Curbelo said. “This sends a powerful and harmful message of discrimination, bigotry, and division.”

The caucus claims to be bipartisan but has not accepted a Republican member since 1997; Curbelo made a presentation Thursday morning to try to sway its members. After they made their decision, Curbelo likened it to de facto segregation of Hispanics but added that he still seeks to work across the aisle on issues related to the Deferred Action for Childhood Arrivals (DACA) program.

“Unbelievably, petty partisan interests have led the CHC to formally endorse the segregation of American Hispanics. It is a dark day on Capitol Hill,” Curbelo said. “However, this only strengthens my commitment to working with my colleagues on both sides to urgently seek a solution for young immigrants in the DACA program.”

A spokesman for the caucus, Carlos Paz. Jr., announced Curbelo’s rejection by saying members voted on their values.

“After due consideration, the CHC determined not to accept Rep. Curbelo’s request to join the caucus,” he said. “The CHC isn’t just an organization for Hispanics; it is a caucus that represents certain values. This vote reflects the position of many of our members that Rep. Curbelo and his record are not consistent with those values.”

Curbelo angered the caucus when he refused to sign onto the Dream Act, instead pushing his own more conservative piece of legislation dealing with former DACA recipients. He considered the growing resistance to his application as a form of partisan bias.

BuzzFeed also reported that Curbelo ruffled feathers for saying he speaks Spanish to his children, which members took as a slight toward caucus chairwoman Michelle Lujan Grisham (D., N.M.), who is not fluent in Spanish.