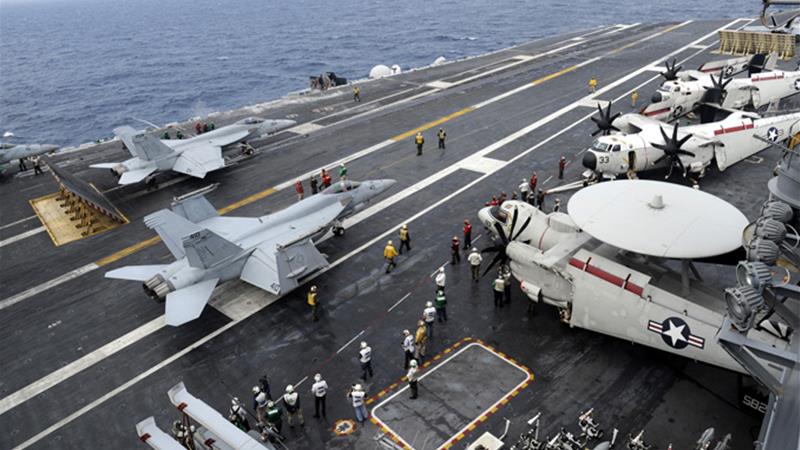 The current House and Senate versions of the National Defense Authorization Act both seek welcome increases in the Pentagon’s defense budget.

Unfortunately, the law of the land is the Budget Control Act and the limits and consequences imposed by it.

This means that in 2018, the defense budget is legally limited to $551 billion. Any dollar that Congress appropriates or authorizes beyond that number is required to be cut through sequestration.

The rebuilding the military that is desperately needed, and backed by both chambers of Congress and the White House, is wholly dependent on changing that law.

The current global security environment makes it clear that U.S. leadership and rebuilding of our military is a necessity. The Heritage Foundation’s Index of U.S. Military Strength has documented the marginal capacity of our armed forces, demonstrating the need for investments in recapitalizing the force.

American interests abroad can only be achieved through strong alliances and partnerships with like-minded nations who share our interests. To remain engaged and relevant, the U.S. needs a modern, capable military force of sufficient size to deter adversaries—and if deterrence fails, to fight and win wars.

Russia is seeking to undermine NATO, the cornerstone of democratic peace and stability in Europe. Furthermore, Russia is contributing to instability in Syria by supporting the Assad regime and remains involved in the Ukrainian conflict. President Vladimir Putin has continually sought to challenge American interests.

China is rapidly investing in new defense capabilities, enlarging its navy, and is militarizing the South China Sea. China’s growing regional presence undermines the freedom of maritime navigation in a region where over $5 trillion of global trade passes every year.

North Korea recently tested two intercontinental ballistic missiles, and continues to advance its nuclear capabilities. Both actions constitute a direct threat to American partners and U.S. citizens in the region.

Adversaries seek to remake the world order in such a way that undermines the core values of democracy and Western civilization.

Effective deterrence can contain these threats and protect U.S. interests, but Pentagon leaders have warned that without predictable and stable funding, the United States will lose its advantage in critical operating domains, which would undermine deterrence.

According to Gen. Joseph Dunford, chairman of the Joint Chiefs of Staff, “without sustained, sufficient, and predictable funding, I assess that within five years we will lose our ability to project power; the basis of how we defend the homeland, advance U.S. interests, and meet our alliance commitments.”

Some critics disagree with Dunford and point out that the United States spends more on defense than the next eight countries combined—though a recent report released by The Heritage Foundation reveals flaws in this simplistic analysis.

U.S. national defense requirements are driven by a number of factors.

The military must have global operating capabilities, must compete with the private sector for personnel, and takes unique measures to minimize battlefield civilian casualties. All of these factors contribute to higher defense costs for our armed forces compared to our potential adversaries.

When appropriate adjustments are made to consider purchasing power parity, the United States’ defense budget roughly equals that of China and Russia, both of whom have been consistently increasing the military spending in the past decade.

Russia and China alone account for nearly 64 percent of increases in global defense spending from 2006 to 2016. In the same time frame, U.S. and NATO defense spending has decreased. Currently, China and Russia combined spend more than the entirety of NATO’s European countries.

While both versions of the National Defense Authorization Act seek to fill shortfalls in modernization, procurement, and readiness, what the Pentagon ultimately needs most is consistent funding to confront long-term security challenges. Without changes to the budget caps, the U.S. military will continue its deterioration.

As Congress considers how to fund our military, it ought to prioritize creating sustainable and predictable funding, which would enable the department to make investments in critical operating domains.

Failing to do so will result in an increasingly contested battlefield that jeopardizes American interests and values.

Although the National Defense Authorization Act proposals are positive steps in the right direction, an effective military ultimately needs Congress to address the shortcomings and restrictions imposed by the Budget Control Act and take action before the U.S. military is placed in an untenable situation.