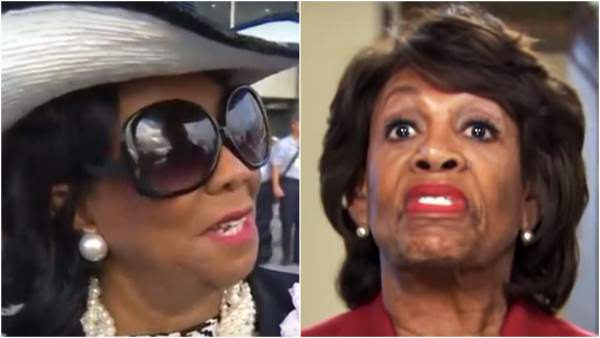 So you didn’t think this was going to get weirder? Oh, it gets weirder.

On Friday, Rep. Frederica Wilson (D-FL), the congresswoman who attacked President Trump over his phone call to a Gold Star widow, once again played the race card. She said White House Chief of Staff John Kelly is a “racist” for calling her an “empty barrel” when criticizing her for listening in to the president’s phone call and then using it as an opportunity to score political points.

“That’s a racist term,” Wilson told CNN on Friday morning. “We looked it up in the dictionary because I had never heard of an empty barrel. And I don’t like to be dragged into something like that.”

We looked it up, too. It’s not, and there’s even an entire article about the phrase’s etymology.

But when did facts ever stop Rep. Maxine Waters, who’s been playing the race card her whole career (and she’s been on the public payroll for 26 years)?

General Kelly has lied. Rep. Wilson has conducted herself w/ dignity. The only empty barrel I see is the one in the Oval Office.

Trump has no business calling anyone "wacky" when his own Sec. of State is ashamed of him and thinks he's a moron.

What is it about the Trump White House that transforms everyone into liars?

Gen. Kelly, you earned 4 stars & had a successful career. Now you've fallen prey to a "moron" in an effort to protect his career. Apologize.

I hope that the Honorable @RepWilson feels vindicated & relieved by the release of the videotape & her comments at the FBI building.

But Trump, as he does, fired back:

Wacky Congresswoman Wilson is the gift that keeps on giving for the Republican Party, a disaster for Dems. You watch her in action & vote R!

I hope the Fake News Media keeps talking about Wacky Congresswoman Wilson in that she, as a representative, is killing the Democrat Party!