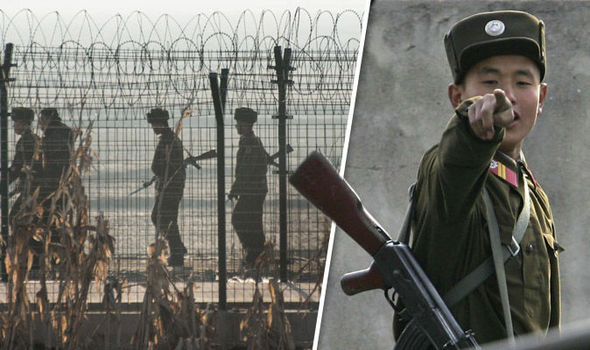 North Korea has long been a nightmare, but the Arduous March, a famine that killed more than one million people in the late 1990s was an unbelievable tragedy.

To escape the horrors of the North Korean regime, a soldier made a desperate dash into the South at the border last week. Doctors treating him for gunshot wounds discovered the man had Hepatitis B, tuberculosis, and a gut full of parasites. The health of the young soldier highlights the horrors of life in North Korea, but while things are bad now, there was a time when life was far worse for the people of North Korea.

Lee Wi-ryeok grew up in the 90s and lived in a North Korean orphanage until he was a teenager, UPI reports, citing Daily NK. He explained that it wasn’t until he defected to South Korea that he learned how good life can be. “After I came to South Korea, I was amazed to learn tuberculosis is a disease that can be treated,” he told reporters. “The most serious illness you can get is probably tuberculosis. If you get tuberculosis, there is no answer. You just die if you get sick at the orphanage.”

He introduced that during the famine, orphanages were particularly horrible places to live. The children ate whatever they could find, that sometimes meant eating food from the waste of animals. “If a cow excreted kernels of corn in the form of diarrhea, we would rinse them out and eat those,” Lee said, adding that the children also ate lice.

“When you bit into the lice, they would burst with blood,” he revealed, explaining the children thought it would be a waste not to eat the lice that would crawl in their hair. The children also stole food, but doing so was extremely risky and dangerous, Lee said. He told reporters that many orphaned children died of disease, malnutrition, and starvation.

If the children found themselves ridden with mites, the authorities would force them to stand beside a large bonfire. The children often suffered severe burns, but if they ran from the fire, they would be beaten with a stick. Other orphaned children have described similar lives in the North Korean state.

Many of the diseases problems that plagued the most recent high-profile North Korean defector affected North Korean soldiers over 20 years ago. When a North Korean submarine ran aground in South Korea in the mid-1990s, half of the crew committed suicide. Most of the others were killed by the South Korean military. During the autopsy, South Korean medical personnel discovered parasites and roundworms throughout the digestive tracts of the North Korean troops.

During the famine, almost everyone in the hermit kingdom faced significant hardships. One defector personally interviewed by The Daily Caller News Foundation previously revealed that her family was forced to eat grass. When her grandmother fell ill after eating grass tainted by toxins, the elderly woman expressed only one wish — to eat a baked potato. The family, which was brutalized by the regime, was not able to fulfill this last request before she passed away.

While North Korean dictator Kim Jong Un has taken steps to promote economic development, something his father failed to do, many in the reclusive state continue to live abysmal lives.