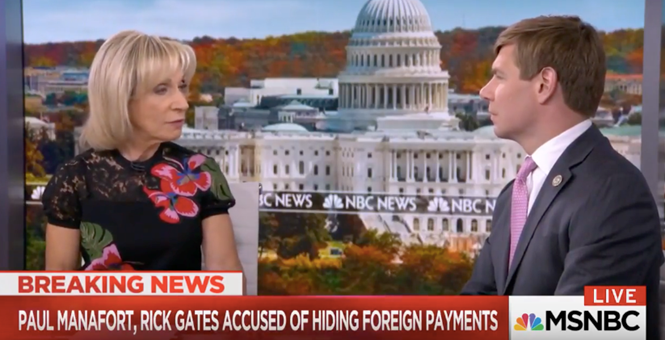 The Clintons are said to be the penicillin-resistant syphilis of American politics. You may be able to beat them in elections, but they just linger like tapeworms, or some other parasitic infection. Like Lady Macbeth’s cursed spot on her hand, they just can’t be washed away, but now they’re giving the Democrats agita over the Russian probe that has delivered a face full of buckshot to the Left. The crosshairs were solely squared on President Trump. Now, it’s being directed at Hillary Clinton, as her campaign, along with the DNC, gave money to research firm Fusion GPS who then hired an ex-British spy to compile dirt on Donald Trump using Kremlin sources. That sounds like collusion, but we’ll move on since there’s another bit of news that’s returned from the dead about Crooked Hillary: the Uranium One deal.

In short, Clinton, who was then-secretary of state, approved the sale of a Canadian mining company Uranium One by the Russian-owned Corporation Rosatom. Between 2009-2013, the Russians gained a majority stake and then completely took over the company in 2013, along with its mining sites in the U.S. It gave them control of 20 percent of our uranium supply. The sale dealt with our national security priority, so it had to be approved by the Council on Foreign Investment; Clinton, being our top diplomat at the time, was a principal on that committee. Also during this time, Bill received a $500,000 check for a speech to a Russian bank selling Uranium One stock. The Clinton Foundation received millions from Ian Telfer, the then-chairman of Uranium One from his charitable organization. Also, the Obama administration and the FBI knew the Russians were bribing their way through the deal. Who was the FBI Director at the time? None other than Robert Mueller; the Obama administration decided to allow the Russians to grease the wheels with bribes because they didn’t want to upset the restart on relations with Moscow.

With the House Oversight Committee planning to look into this deal, one Democratic congressman decided to throw this desperate talking point into the mix: Investigating the Clintons helps the Russians (via Free Beacon):

MSNBC’s Andrea Mitchell asked Swalwell what his take was on Republicans taking steps to address the former Democratic presidential candidate’s activities, just as speculation was growing that special counsel Robert Mueller was prepared to issue indictments in the Russia investigation.

“Well it helps the Russians,” Swalwell said. “Because the Russians like to see further discord in our country and if we’re not doing all we can to make sure that we’re not going to prevent a future attack, and we’re going back in time and reopening, you know, cases around emails or uranium deals, that disunity allows them to attack us again.”

So, what I take from this is that Republicans should definitely investigate the Clintons.