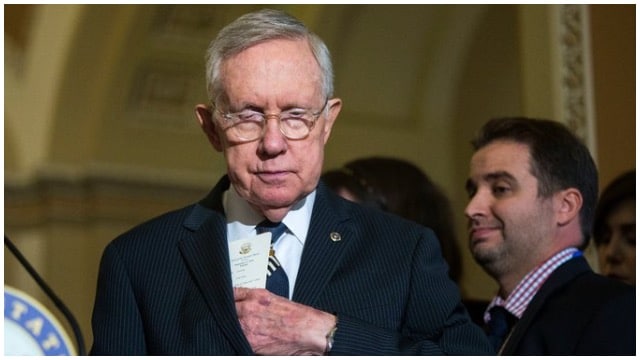 It was a great day for the country when far left Sen. Harry Reid (NV) decided to call it quits.

He was a terrible politician in every sense, constantly pushing liberal “values.”

From Washington Examiner via Weasel Zippers:

The Defense Department’s multi-billion dollar budget allocated millions of dollars to investigate unidentified objects witnesses moving through the air, as instructed by Congress, according to a new report.

The New York Times on Saturday reported that the Pentagon set up a program in 2007 to look into reports and claims related to so-called UFOs, or unidentified flying objects, and that it was initiated by retired Sen. Harry Reid, D-Nev.

The program remains largely classified, but Reid acknowledged its existence in an interview.