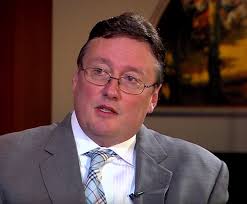 Another Democrat was just busted for breaking the law. What else is new?

Mike Sanders, a former Democrat Party chairman, was just convicted of wire fraud – but that’s not all…

A former Democratic Party chairman and prosecutor in Missouri was convicted of wire fraud Friday after admitting he exploited campaign funds for personal use, such as trips to California’s wine country and Las Vegas.