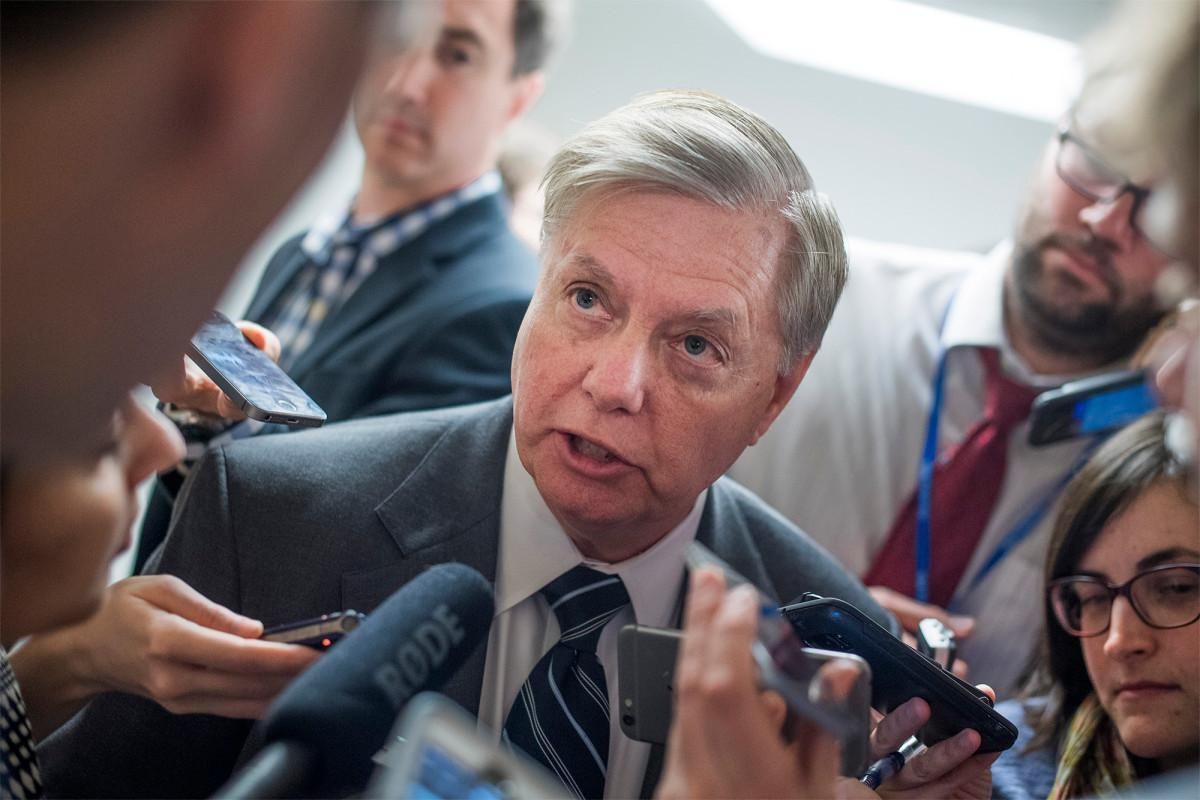 WASHINGTON
Democrats have a blunt message for colleagues worried the party has become dangerously obsessed with Russia: Get over it.

Attorney General Jeff Sessions’ testimony Tuesday put Democrats in a familiar position, reacting to news about President Donald Trump and the ongoing investigation into his campaign’s alleged Russia connections. To skeptics, the story is a distraction from bread-and-butter issues that voters actually care about, like the unpopular Republican-backed health care bill, and a sign the party is already over-reaching well before the midterm congressional elections.

But Democratic operatives are arguing that the party has no choice but to launch these attacks. A weekly barrage of breaking news has forced their hand, demanding Democrats seize on an issue some of them now believe has increasing relevance beyond the Beltway anyway.

“Democrats aren’t driving this. Reality is driving it. And occasionally Trump’s Twitter is super-charging it,” said Jesse Ferguson, a veteran Democratic strategist. “But Democrats are along for the ride, and we better not fall asleep.”

Communication with voters, he added, is “about winning the fights that you are confronted with.”

Discussion about the ongoing investigation — and Trump’s handling of it — reached a crescendo last week, when former FBI Director James Comey in testimony before the Senate Intelligence Committee said the president lied. The hearing, watched by millions, had Democrats crowing that an investigation into whether the president himself obstructed justice could be a political game-changer.

Sessions’ testimony failed to produce similar fireworks. But Democrats eyeing Trump’s approval ratings think the damage has already been done: His numbers hit new lows in a Quinnipiac poll released this month, and the share of Americans who disapprove of his presidency hit a new high Tuesday in Gallup’s daily tracking poll (60 percent).

Trump’s sinking numbers explain why Democrats think focusing on Russia is a good idea, even as Senate Republicans consider controversial health care legislation. Its chances of passage drop, the thinking goes, as the president takes on more water even from something otherwise politically unrelated.

“Why would anyone think that voters would be happy with a health care agenda from a president under FBI investigation for colluding with a foreign hostile power?” Ferguson asked.

Some Democrats also see an unexpected upside in talking about Russia: It gives them a new issue to use against Republicans.

The party could benefit from a fresh approach after years of attacks — many of them unsuccessful — against the GOP’s plans for the budget, Medicare, and Social Security, they say.

“We can’t keep campaigning on the same tired messages we’ve been using since 2010,” said one Democratic strategist, who requested anonymity to speak candidly. “In case people haven’t noticed, we keep losing.”

Critics have charged that everyday people don’t care about the Russia story because it doesn’t affect their personal finances. Because of that, they say Democrats would be much better off focusing on the health care bill.

“The average person is like, ‘OK, what about my life out here today in the country?’” said RoseAnn DeMoro, executive director of National Nurses United.

She called the focus on Russia a “strategic error” that Democrats have resorted to because it distracts from their own lack of an agenda.

“It is political fighting that has very little to do with their everyday lives,” said DeMoro, a stalwart liberal advocate who has been openly critical of the Democratic Party.

Other strategists echoed those concerns, arguing that although they think Russia is a damaging issue for the GOP, it’s not yet at the forefront of voters’ concerns.

“A year from now, there’s certainly an open possibility this could be a bipartisan and important concern for voters,” said one Democratic strategist involved with Senate races. “Right now, what we know is there is a plethora of data that the Republican health care agenda is incredibly unpopular with the kinds of voters who compromise crucial elements of the midterm electorate in battleground states.”

But many Democratic strategists see the two issues working in concert.

“Democrats should absolutely continue to press on Russia in Congress and in the national press,” said Josh Schwerin, spokesman for Priorities USA, which has conducted research on the effectiveness of both attacks. “It’s a critical issue for our country and democracy around the world and has helped drive Trump’s numbers down to their current abysmal levels.”

Schwerin added that the two messages can exist in different places, with Democrats talking about the Russia issue in the media while deploying TV ads on health care.

“The wall-to-wall coverage on Russia and Trump’s firing of Comey also makes it even more important for Democrats and progressive allies to be communicating directly with voters about health care and similar issues that impact people’s lives,” he said.