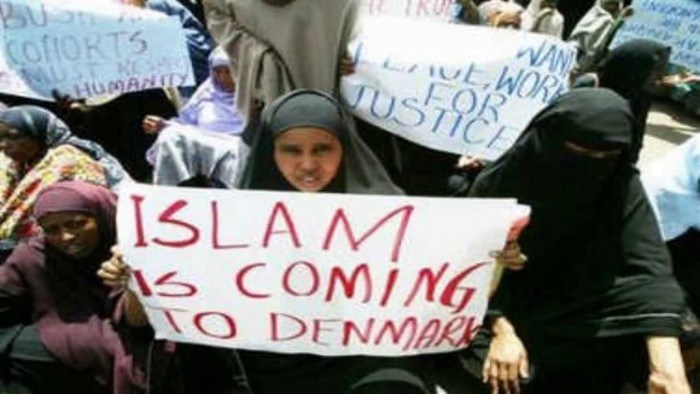 Officials in Aarhus, Denmark are opening their arms to returning ISIS fighters.

The local government is giving the jihadis free housing, free education and jobs.

In Sweden the government welcomed ISIS fighters and gave them new identities.

This did not turn out well.

ISIS jihadis arriving back from Syria are being offered apartments, education and jobs to reintegrate the radicalised back into society.

Police in the city of Aarhus, Denmark introduced the scheme after 36 young men travelled to Syria to join jihad, with 19 returning back to the country.

But the policy has been criticised by Danish MPs, with Naser Khadeer – a Muslim member of the Conservative People’s party – calling for a hardline approach to foreign fighters.

Speaking on the Australian news programme Dateline, he said: “What I have criticised when it comes to the Aarhus model is when you have been in Syria and you come back, it is wrong in my opinion to reward whoever has been in Syria by giving them an apartment, jobs, education.

“We should prosecute them not reward them.”

Yet Superintendent Allan Aarslev claimed “most” of those returning from Syria are now “very well integrated and most of them are very happy to have had a second chance”.