A photograph of President Donald Trump holding a copy of the document he co-signed with North Korea’s communist dictator Kim John Un shows four points were agreed to by the two leaders.

UPDATE: The White House released the text just before 5 a.m. EDT. It is appended at the end of this article. 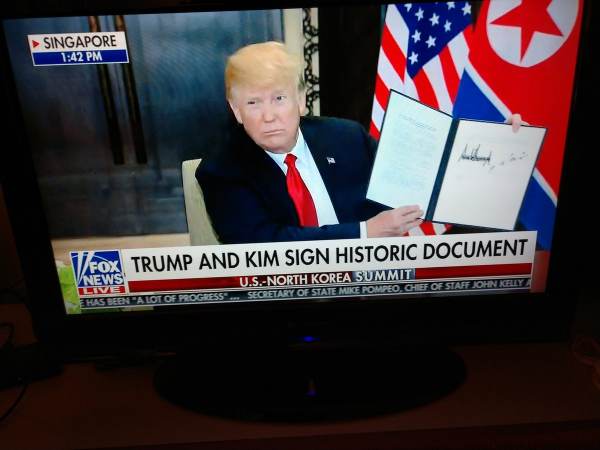 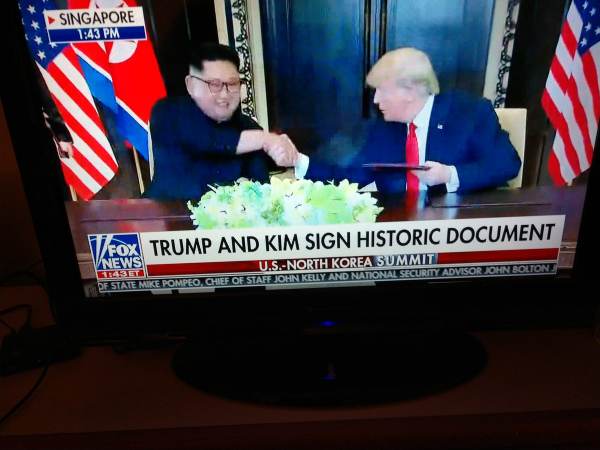 ZOOM IN ON THE TEXT: "President Trump committed to provide security guarantees to the DPRK, and Chairman Kim Jong Un reaffirmed his firm and unwavering commitment to complete denuclearization of the Korean Peninsula." pic.twitter.com/vXBeIMP81i

“4 STATEMENTS BOTH COMMITTED TO: “1. The United States and the DPRK commit to establish new US-DPRK relations in accordance with the desire of the peoples of the two countries for peace and prosperity.”

“2. The United States and the DPRK will join their efforts to build a lasting and stable peace regime on the Korean Peninsula.”