As reported last week, a venue called the Friendly House played host to a child centric drag queen show in Portland (where else), featuring 10 year old drag kid Sparkle Lynn More. It was also promoted on MensGo.com as a gay audience event. Street videographer Brandon Farley attended the event and has posted video of the entire thing on his YouTube channel.

They event started off with Hugo Cuellar introducing the host/MC, Diva Dott. 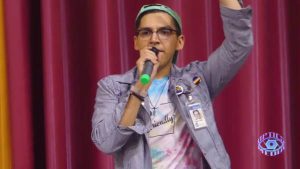 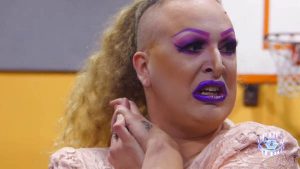 The first performance was by Ramona Dott, who lip synched and danced to the soundtrack of Disney’s “Into The Woods,” likely to appeal to the children in attendance. You can hear people comment “she’s so pretty.”