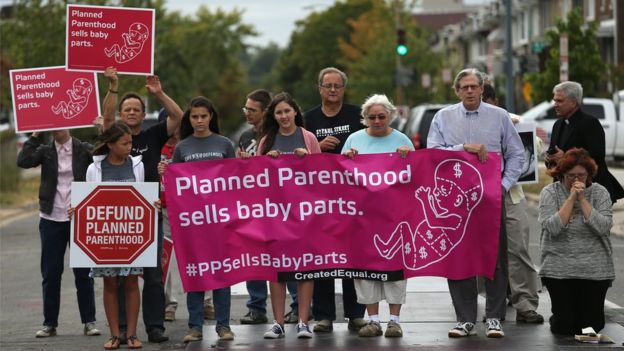 According to Justice Gingsburg, selling baby parts is actually guaranteed by our Constitution. But the law may just have something to say about that. Especially when, unlike the previous administration, the folks in charge of it haven’t been taking dead baby parts money from Planned Parenthood.

The Justice Department has launched a federal investigation into Planned Parenthood’s practices and the sale of fetal tissue.

“The Department of Justice appreciates the offer of assistance in obtaining these materials, and would like to request the Committee provide unredacted copies of records contained in the report, in order to further the Department’s ability to conduct a thorough and comprehensive assessment of that report based on the full range of information available,” Boyd wrote.

Fox News has learned that last month, the FBI first requested the unredacted documents from the committee.

Pause for media spin about the whole thing being a right-wing hoax. “You right wingers say selling baby parts like it’s a bad thing.” Followed by claims that Planned Parenthood did nothing legally wrong. Much like Hillary helping the Russians secure our Uranium or Susan Rice eavesdropping on Trump officials.

And then Planned Parenthood can accuse critics of hating women. While bringing out great defenders like Al Franken and Harvey Weinstein.