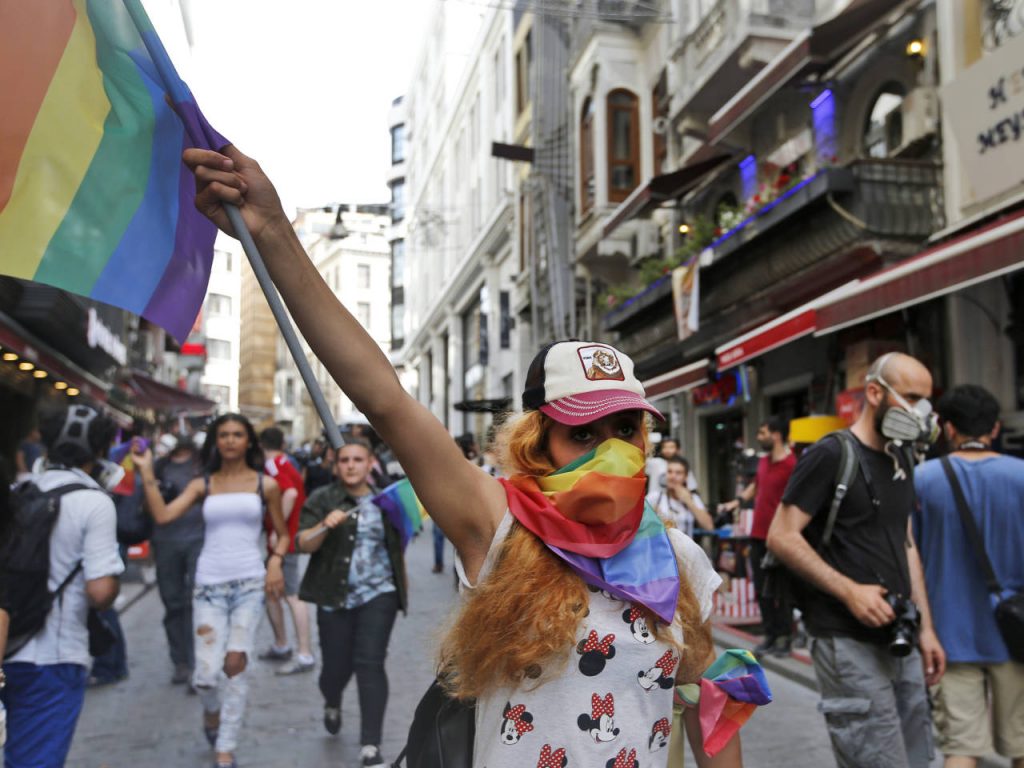 CAIRO (AFP) – Debauched, perverted, sick, deviant… just some of the words used to describe gays in Egypt amid a police crackdown on homosexuality after the rainbow flag was raised at a concert.
Despite homosexuality not being illegal in the North African country, the number of arrests of suspects is mounting.

The crackdown comes after an open-air concert in Cairo on September 22 by Lebanese band Mashrou’ Leila, when the flag representing the lesbian, gay, bisexual, and transgender community was raised.

Pictures of the incident were shared widely on social media, leading to a public backlash and discussions on prime time television with many calling for those involved to be punished.

Showing support for the LGBT community and their freedoms with the rainbow flag is a rare gesture in the Arab world’s most populous nation, where homosexuality remains deeply unacceptable, especially in public.

Some 31 people have been arrested since the concert — 10 directly linked with the event — and the police are searching for five others, judicial and security officials say.

In the latest arrests, two people were detained on Monday on the orders of state security prosecutors, a judicial official said.

The prosecutors ordered that they be detained for 15 days pending investigations into “participating in an illegal rally and inciting debauchery”, the official said.

The band, whose lead singer Hamed Sinno is openly gay, issued a statement on Sunday on its official Facebook page denouncing the arrests.

“Various media outlets and members of both the police and government have created an overblown social panic, and are now leveraging that panic to witch-hunt leftist activists and human rights activists,” the band’s statement said.

“Debauchery” and “inciting debauchery” are the accusations generally directed by officialdom towards Egyptians perceived as gay.

These developments signal “a sharp escalation in the authorities’ efforts to persecute and intimidate members of the LGBTI community following the rainbow flag incident”, said Bounaim.

Based in Beirut, the Arabic-speaking pop rock band Mashrou’ Leila has gained popularity in the region with their songs discussing issues including gender and politics.

The band also has a following abroad and is currently touring in North America, playing at Slim’s nightclub in San Francisco on Wednesday.

“It is sickening to think that all this hysteria has been generated over a couple of kids raising a piece of cloth that stands for love,” the band said in its statement.

Already banned in Jordan, the Lebanese group will now not be able to perform in Egypt following statements by the conservative musicians’ syndicate.

In another example of the fallout from the concert, the Supreme Council for Media Regulation said on Saturday it was banning “promoting homosexuality” in all Egyptian media, calling it a “shameful disease”.

The flag controversy has allowed some debate about the definition of individual freedoms.

But it also provided the opportunity for media in Egypt to criticise a sexual orientation deemed contrary to the values of a conservative and religious society.

“In all these cases the media plays a very important role by promoting hate speech and calling on the police to arrest gays,” said Dalia Abdel Hamid, head of the gender programme at the Egyptian Initiative for Personal Rights.

On Friday, the incident was the topic for the sermon at Al-Azhar mosque, linked to the highest Sunni religious authority in Egypt.

“Just as Al-Azhar confronts extremist groups that target the security and cohesion of society, it will also strongly oppose calls for sexual deviance and perversion,” Al-Azhar said in a statement.

It added that there are those who “seek to spread their abnormalities among Egyptian society”.

This is not the first time the LGBT community in Egypt has faced such repression.

In one of the most famous cases, 52 men were arrested in 2001 from a gathering on the Queen Boat nightclub on the Nile in central Cairo.

Twenty-three were sentenced to jail terms of up to five years, in a case that sparked international criticism.