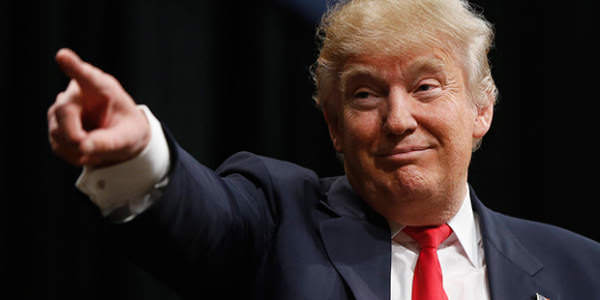 Failed Presidential candidate Hillary Clinton is full speed ahead on her blame tour as she peddles her new memoir What Happened. Hillary has blamed every entity under the sun for her loss except herself.

Hillary gave a series of interviews and participated in media blitzes this week and all she has done is point the finger at everyone else for her loss, ignoring the fact that America rejected her because she’s a corrupt, lying politician.

Hillary even joined the cackling Communists on The View Wednesday to discuss her new book. Like clockwork, they applauded everything she said like trained seals.

Hillary is getting relentlessly trolled over her new book. Conservative media and Trump supporters with large social media followings are hammering her over her absurd claims in her memoir.

Rebel Media reporter Laura Loomer confronted Hillary Clinton at her book signing about her 33,000 emails and Seth Rich before being dragged out by Secret Service.

President Trump took a swipe at Hillary Wednesday night in a mini tweetstorm. In Trump’s first tweet he said, “Crooked Hillary Clinton blames everybody (and every thing) but herself for her election loss. She lost the debates and lost her direction!”

Crooked Hillary Clinton blames everybody (and every thing) but herself for her election loss. She lost the debates and lost her direction!

Trump sent out a second tweet, “The “deplorables” came back to haunt Hillary.They expressed their feelings loud and clear. She spent big money but, in the end, had no game!”