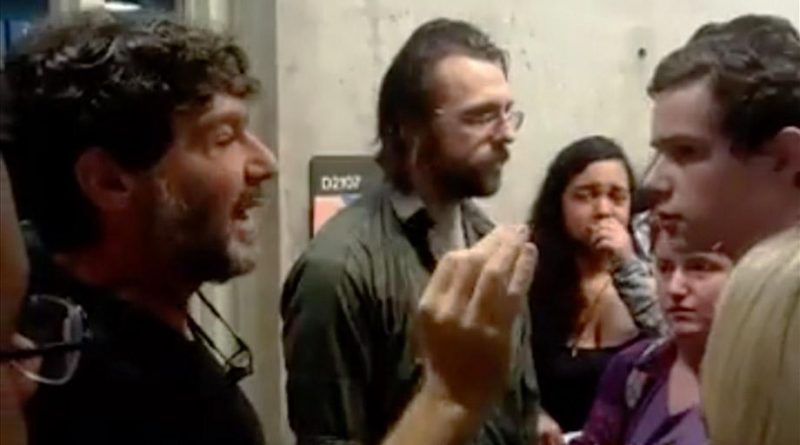 You knew this was going to happen. Last week Evergreen State College President George Bridges wrote a piece for the Seattle Times. In the piece, he said disruptive students at the school were still being investigated and added that anyone found to have violated the student code of conduct would face sanctions. I wrote at the time, “anyone who saw Bridges pathetic performance when confronted by progressive students on his campus has to wonder just how seriously these violations are going to be taken.” The answer is not very seriously at all.

Tuesday, Bridges told state lawmakers disruptive students would be disciplined but then made clear that amounted to a warning not to do it again. “We are sending each individual student who we can identify from video footage of the protest at Bret Weinstein’s classroom a letter of notification and warning and the warning will be quite clear. If they repeat this type of disruption in the future they will be adjudicated under our conduct code,” Bridges said.

Later, during questioning by one of the state lawmakers, Bridges clarified that adjudication under the code of conduct was “a fairly lengthy process that involves protecting the rights of those alleged to have committed conduct code violations.” In other words, the school will walk through a process where students will once again be given the chance to disrupt and claim they are being treated unfairly.

Meanwhile, Thurston County Chief Deputy Dave Pearsall told lawmakers Evergreen students have been doing this sort of thing for some time already without any disciplinary response from the school. He pointed to the swearing in of new police chief Stacy Brown back in January. “Several students, I think there was probably 20 or 30 students there, decided that they were going to get up in front and take over the entire event, with noisemakers, and drums, and horns and the PA,” he said. Pearsall continued, “They actually went and took one of the microphones out of, I believe it was the vice president’s hand, just jerked it out of her hand. They were cursing, saying all kinds of things. It just went on and on. It was complete chaos.

“It got to the point where, after about 15 minutes President Bridges decided that the ceremony wasn’t going to happen. I personally watched some of these students go up to Chief Brown, right up to her face, and call her all kinds of names, cursing at her. As well as, she had her young children with her who were fearful of what was gong on.”

Asked if he was aware of any disciplinary actions taken against the students, Pearsall replied, “I am not.” Afterward, President Bridges claimed the students were disciplined following that incident but he couldn’t recall what disciplinary measures were taken. Pressed on the point, Bridges said he believed three students were put on probation, meaning they could face further discipline if they acted out again. You get the impression that there are a lot of warning at Evergreen but no actual discipline.