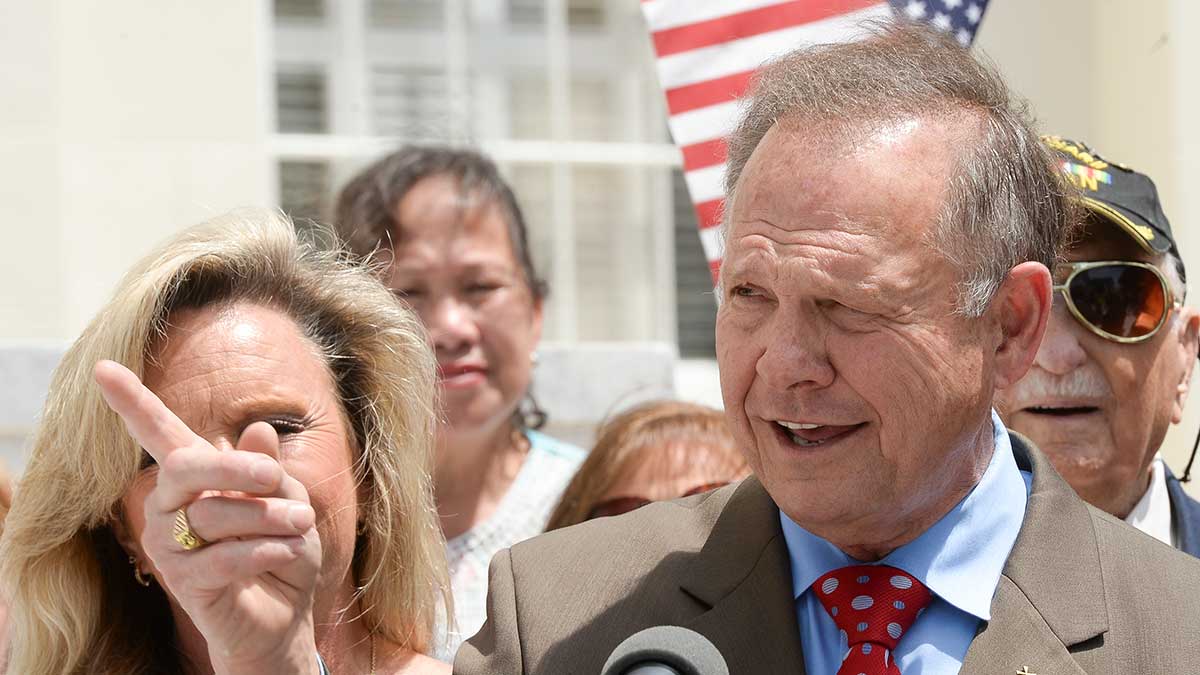 Former Alaska Gov. Sarah Palin is headed down south to Alabama next week to help seal the deal and campaign for Judge Roy Moore in the final days of his insurgent bid for the U.S. Senate.

The event with Palin will be part of a bus tour put on by the Great America Alliance, an organization of grassroots activists solidly in support of the agenda President Trump campaigned on last year.

Moore faces off against Luther Strange on Sept. 26 in the special election GOP primary runoff for the U.S. Senate seat vacated by former Sen. Jeff Sessions (R-AL) earlier this year, when Sessions left the Senate to serve as President Donald Trump’s Attorney General.

“Palin plans to barnstorm Alabama the week prior to the special election to double down on her strongly stated support of Judge Moore,” a source familiar with the former Alaska Governor and 2008 GOP vice presidential nominee’s planning told Breitbart News.

“Gov. Palin is a conservative rock star and her presence in Alabama is sure to seal the deal for Judge Roy Moore,” said a second source familiar with Palin’s plans.

While details are still being hammered out and are expected to be announced soon, the event is going to happen and will likely take place late next week.

Palin has already endorsed Moore, in a Breitbart News exclusive, in late August.

“Glad he’s running and am honored to endorse Judge Roy Moore for the US Senate,” Palin said in late August. “Judge Moore has shown he has what it takes to stand up to the out-of-touch political establishment. The Judge has proven he’s not afraid of a fight for what is right, and he’s ready to take on DC’s swamp monsters and help make America great again. We need more bold leaders like Judge Moore who will fight for all of us in the U.S. Senate.”

Judge Moore said at the time he was excited to have the endorsement of Palin.

“I am honored to have the endorsement of Governor Sarah Palin,” Moore said then. “Governor Palin has a strong record of speaking out for conservative causes and standing up to the Washington establishment. Having her support shows how conservatives across the country are uniting behind our campaign to send a message to Mitch McConnell and the Washington elites who are trying to buy this election.”

Now that Palin is going big, traveling all the way to Alabama to campaign for Judge Moore, she is doubling down on that endorsement and seeing to it that Moore makes it across the finish line into the GOP nomination—from where he is expected to easily defeat Democrat Doug Jones and make it into the U.S. Senate.

It is very notable that Palin is willing to campaign for Judge Roy Moore, who is winning in the polls right now with a commanding well-into-double-digits lead over Luther Strange. Strange’s highest profile endorser, President Trump, has—per one White House official who spoke to Breitbart News late Wednesday evening—no plans at this time to help Strange by hitting the campaign trail for him in Alabama. Most recent polls of the runoff in Alabama show Moore leading Strange by either 14 or 15 points, and Trump has been made aware of Strange’s lagging polls. Palin traveling to Alabama to campaign for Moore makes it even less likely that the president will travel to Alabama to campaign for Strange, as he is unlikely to try to face off against Palin on the ground.

Strange has been desperate to get traction since he far underperformed expectations in the first round of the GOP primary, finishing in deep second place to Moore—who far outperformed his polling back on Aug. 15. Trump only endorsed Strange in the first round of voting because he wanted to stop Rep. Mo Brooks (R-AL) from getting into the Senate, because Brooks said distasteful things about Trump during the 2016 GOP presidential primaries when Brooks was supporting Sen. Ted Cruz (R-TX).

Strange’s campaign has all but begged the president to come campaign for him in Alabama, but Trump has thus far refused to do anything for the appointed senator. Strange’s campaign has been beset by the questionable way he was appointed into the U.S. Senate among many other setbacks. Strange was appointed by disgraced now former Gov. Robert Bentley after Sessions took over as Trump’s Attorney General. Strange was at the time the attorney general of Alabama, and was investigating Bentley for the corruption and sex scandal for which he was forced to resign after appointing Strange into the Senate seat. Strange had asked the state legislature to hold off on impeachment proceedings of Bentley while his investigation proceeded.

The close association Strange has with anti-Trump activists connected with Karl Rove–as has been exposed in recent weeks–has also led to Trump turning on Strange. Strange hired Rove’s ex-chief of staff and the Senate Leadership Fund, an organization associated with Senate Majority Leader Mitch McConnell, is run by Rove acolyte Steven Law. The organization has been caught deceptively editing videos to attack Republicans including Moore with false advertising.