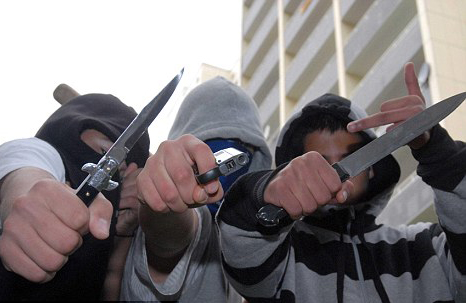 The FBI Uniform Crime Report (UCR) for 2016 shows more than four times as many people were stabbed to death than were killed with rifles of any kind.

And because the category of rifles covers every type of rifle, this means there would be an even greater divide between the number of people stabbed to death versus those shot to death with an AR-15 or similar rifle.

According to FBI: UCR Table 12, there were approximately 374 people shot and killed with rifles of any kind. There were 1,604 people killed with “knives or cutting instruments.”

On September 26, 2016, Breitbart News reported similar gaps between rifle/shotgun homicides and stabbing homicides. UCR figures showed the number of people killed with rifles and shotguns combined in 2015 was approximately 548. Nearly three times that many — approximately 1,573 people — were stabbed or hacked to death.

This is not to diminish the deaths of those who did die via a rifle. But it does show that the Democrats’ relentless focus on banning “assault weapons” is a focus on something that is not used for homicide with anywhere near the frequency of knives and/or fists and feet.