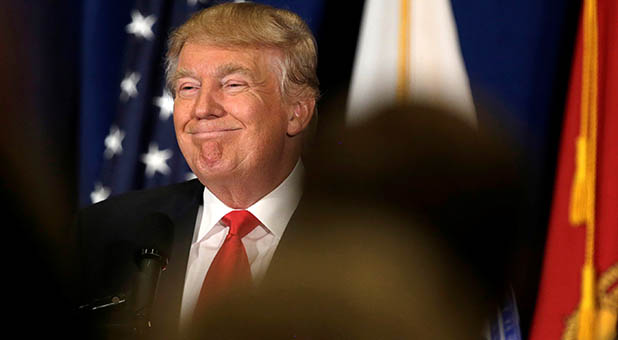 The Trump administration is delaying a regulation championed by former first lady Michelle Obama to redesign the Nutrition Facts label.

The Food and Drug Administration on Friday issued a rule delaying until 2020 the compliance date for regulations that will make listed calories on food larger in an attempt to fight obesity.

Mrs. Obama unveiled the new label in May 2016 as part of her anti-obesity “Let’s Move” campaign. Aside from increasing the font size of calories and the addition of “added sugars” on the label, the regulations even dealt with how to label dinner mints. The regulations will cost food manufacturers an estimated $640 million.

“We are taking this action because, after careful consideration, we have tentatively determined that additional time would help ensure that all manufacturers covered by the final rules have guidance from FDA to address, for example, certain technical questions we received after publication of the final rules, and that they are able to complete and print updated Nutrition Facts labels for their products before they are expected to be in compliance with the final rules,” the FDA said.

The Obama administration said its reason for changing the Nutrition Facts label was for Americans to “make more informed food choices.” Making calories physically larger than the rest of the contents on the label was the recommendation of a federal “Obesity Working Group.”

The first regulation stated, “Attention to calories is highlighted by the substantially increased font size of the calorie declaration per serving of a product.”

A second regulation, also released by the Obama FDA on May 27, 2016, addressed the “serving size for breath mints.”

The government decreed through the regulation that mints should be labeled by the “new serving size of 1 unit.”

“We proposed this action in response to a petition that suggested the appropriate serving size for small breath mints should be ‘one mint’ instead of the number of pieces that is closest to the 2 g [Reference Amounts Customarily Consumed] RACC,” the regulation stated.

“[W]e will now require that the label statement for the serving size of all breath mints be 1 unit, rather than declaring the serving size in terms of the number of mints closest to the 2 g RACC,” the FDA said.

The regulation also determined that Alfredo sauce should be categorized as a “minor main entrée sauce,” which should be labeled using 1/4 cup as the standard serving size.

Michelle Obama’s Nutrition Label received criticism from a number of food scientists who said the government used misleading research to justify including added sugars on the new label.

The rationale for “added sugars” was based on the 2015 Dietary Guidelines, a government committee that did not include a single expert on sugars. Other research from the Institute of Medicine and the European Food Safety Authority “concluded that added sugars are not uniquely linked to obesity, cardiovascular disease, or diabetes.”

A number of Mrs. Obama’s initiatives as first lady have been cut back or delayed under the Trump administration. The Department of Agriculture is giving schools more flexibility and more salt in their school lunches, breaking from the former first lady’s healthy lunch rules. The administration also ended Mrs. Obama’s “Let Girls Learn” education campaign.

The regulations were set to go into effect for food manufacturers with more than $10 million in annual sales on July 26, 2018. Those manufacturers will now have until Jan. 1, 2020.