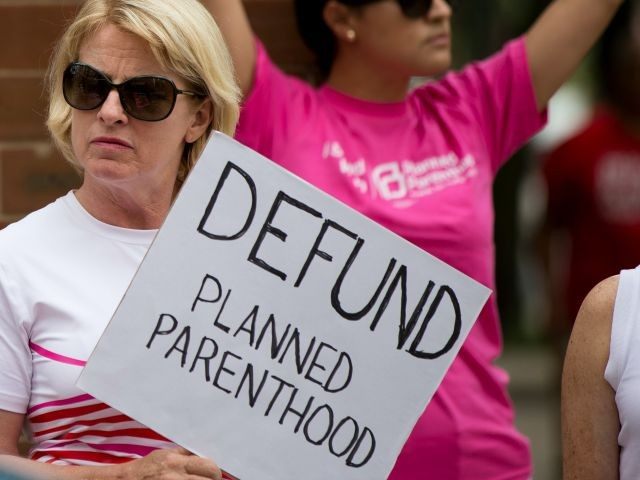 As Congress takes up a bill that would ban abortions after 20 weeks, a group of former clinic employees are speaking out against Planned Parenthood and the abortion industry.

Four former workers—two managers and one health educator at Planned Parenthood and a former nurse at a Louisiana abortion clinic—spoke out against what they say are common practices inside the industry. The group argued abortion providers are motivated by profit and lacked the counseling capacity to serve patients.

“If [a] pregnancy test was positive, the following morning she was scheduled to come in for counseling. We didn’t tell her we were scheduling her in to come and get an abortion, but when she came in that morning, she was scheduled for an abortion,” nurse Shelley Guillory says in the three-minute video. “The counseling was done by a phlebotomist—it was never ever done by a licensed professional. Usually by the time myself or the doctor arrived, the counseling was already completed.”

Former Planned Parenthood manager Annette Lancaster said the organization seeks to speed the process along, in order to build the momentum toward abortion, rather than adoption or other services.

“The whole options counseling, it should have taken at least an hour to 90 minutes, and we would get the whole thing done in about 15 minutes,” Lancaster said. “We never gave parents or the patient any time to read the forms.”

“Parental involvement to Planned Parenthood is one pamphlet in the lobby that says, ‘Parental Involvement,’ and they would tell me themselves, ‘Parents are a barrier to service. We don’t want parents involved,'” Cline said. “Planned Parenthood, again, is very aggressive.  They are a sales team.  They want to make money, and they want as many customers as possible.”

The video debuted as Republican leaders plan to introduce legislation in the House of Representatives that would ban abortion at 20 weeks in most cases and three days after the Republican Party failed to defund Planned Parenthood, which receives more than $500 million from taxpayers, using the reconciliation process.

And Then There Were None, a nonprofit that offers severance money, counseling, and job training and placement to workers seeking to leave the abortion industry, published the video. The group has helped more than 380 workers leave Planned Parenthood and other clinics since 2012.

Founder Abby Johnson, who walked off her job as clinic director at a Texas Planned Parenthood in 2009, said she has been disappointed by the inability of Republicans to follow through on a common campaign trail pledge. She hopes the testimony from the workers can help sway those who are on the fence about legislation.

“It seems like we can’t move anything through Congress regarding Planned Parenthood legislation right now,” she said. “Once lawmakers and the general public hear what’s taking place in clinics, it will convince them that the abortion industry has duped the public.”

Planned Parenthood, which has opposed 20-week bans at all levels of government, did not return request for comment. Planned Parenthood President Cecile Richards told the Washington Post in a 2016 profile her organization’s goal is to “to challenge or repeal every single restriction that’s out there.”

Johnson said the testimony of former workers is needed to change the dynamics of the traditional pro-life, pro-choice debate. She disputes the idea that Richards speaks for every Planned Parenthood employee, saying, “Cecile Richards has never spent a day working inside of her clinics.”

“Everything to her is a talking point. It’s not real life to her,” she said. “As more workers come forward we are no longer dealing with talking points from the abortion industry, but real life facts from the people, primarily women, who are on the ground.”

The four will continue to share their stories. And Then There Were None will host a live webinar with the group on Monday, October 9 at 9 p.m to field questions from the public and reporters about their experience inside clinics.