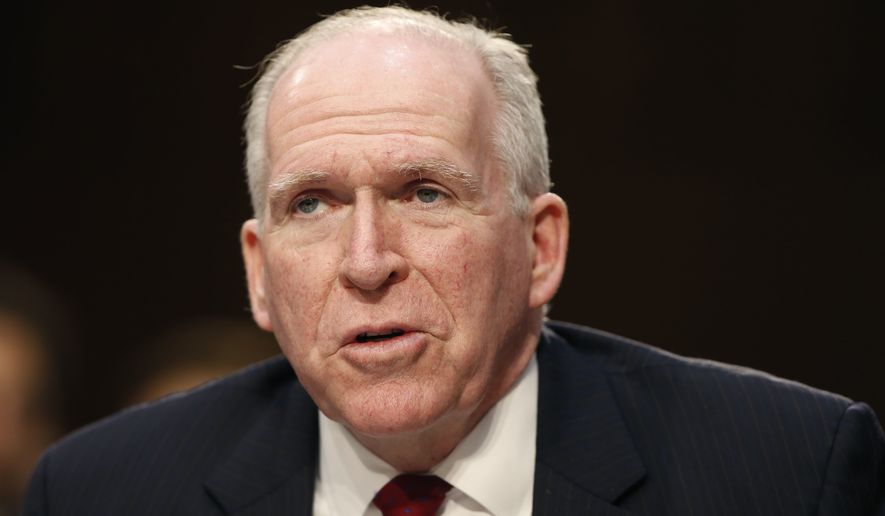 In the most vocal opposition to president Donald Trump yet, former CIA Director John Brennan said that if the White House tries to fire special counsel Robert Mueller, government officials should refuse to follow the president orders, as they would be – in his view – “inconsistent” with the duties of the executive branch.

“I think it’s the obligation of some executive branch officials to refuse to carry that out. I would just hope that this is not going to be a partisan issue. That Republicans, Democrats are going to see that the future of this government is at stake and something needs to be done for the good of the future,” Brennan told CNN’s Wolf Blitzer at the Aspen Security Forum, effectively calling for a coup against the president should Trump give the order to fire Mueller.

The exchange is 43 minutes into the clip below:

Brennan appeared alongside his former colleague, Director of National Intelligence James Clapper, and both men who served in the Obama administration, told Blitzer they have total confidence in Mueller. “Absolutely. It was an inspired choice- they don’t come any better, ” Brennan said adding that “If Mueller is fired, I hope our elected reps will stand up and say enough is enough.” Some have responded with questions where Brennan’s devotion to the Constitution was in the aftermath of the events in Benghazi.

Falling back on his neocon roots, James Clapper, who has waged a long-running vendetta with Trump, once again warned about Russian interference in US affairs. When asked about the June 2016 meeting between Donald Trump Jr., Jared Kushner and Paul Manafort with a Russian lawyer and others, he responded: “I’m an old school, Cold War warrior and all that – so I have, there’s truth in advertising, great suspicions about the Russians and what they do. A lot of this to me had kind of the standard textbook tradecraft long deployed by Russians. It would have been a really good idea maybe to have vetted whoever they were meeting with.”

Clapper was also asked about Trump’s comparison of the intelligence community to Nazi Germany. Clapper said he called the President-elect nine days before he left the Obama administration saying he “couldn’t let that reference pass” and it was an insult to him, CIA Director John Brennan and the workforce. “That was a terrible, insulting affront, not just to me or John, we get paid the big bucks, but I’m talking about the rank and file, men and women, patriots and intelligence community — that was completely inappropriate and over the top – I had to do something about it.”

And so he did: on the call Clapper said Trump asked him to “to put out a statement rebutting the contents of the dossier which I couldn’t and wouldn’t do. It was kind of transactional” referring to a dossier that alleged ties between President Donald Trump’s campaign and Russia. It was not clear if he wouldn’t and couldn’t do it because the contents were legitimate, in his view, or because the dossier is what started the whole “Russian collusion” narrative in the first place. Curiously, Clapper saw it as a favor to Trump not to issue a statement: Clapper was asked by Blitzer why he didn’t put out a statement replying: “The whole point of the dossier by the way was we felt an obligation to warn him to alert him to the fact it was out there. That was the whole point.”

It was not clear if James Comey, whose subsequent leak to the NYT led to the appointment of Mueller, would have applied the same reasoning when asked by Trump to rebut the dossier’s contents.