Former First Lady Barbara Bush has died.
She was 92. 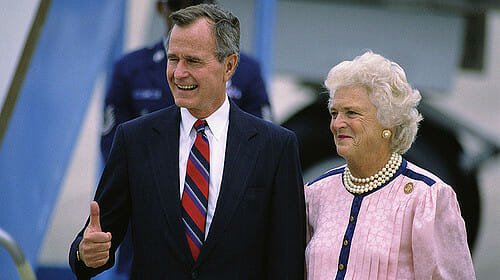 Here is an epic video of Barbara at Wellesley College commencement.

When Wellesley College chose Barbara Bush as its commencement speaker in 1990, students launched a protest petition, arguing the First Lady wasn't a career woman like they aspired to be.

In her speech, she responded this way: pic.twitter.com/sW7FSC96VY