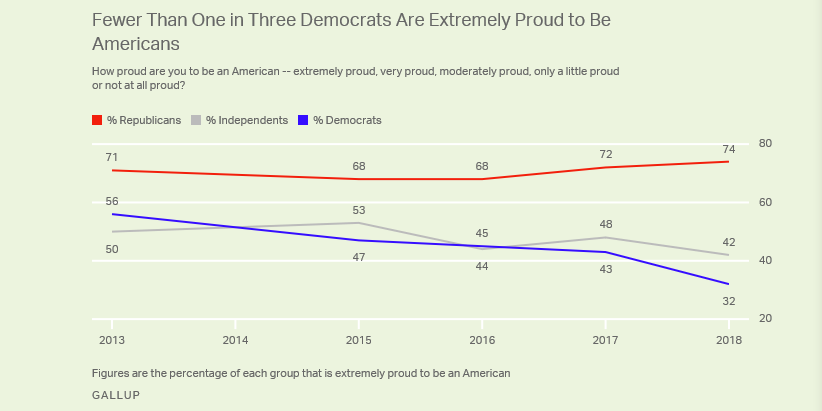 A new Gallup poll shows that fewer Americans are proud to call themselves Americans today than ever before. According to the recent poll, this is the first time those “extremely proud” to be Americans dropped below majority level. 47% currently describe themselves this way, which is down from 51% in 2017 and well below the highest percentage in 2003 at 70%.Gallup’s latest results are based on a June 1st-13th poll conducted by telephone.

In 2001, when Americans were asked the same question 55% were extremely proud. This amount raised to 65% directly after the attacks on the World Trade Center on 9/11, when the nation rallied around its leaders, with this amount reaching its peak of 70% just two years later, after the deployment of U.S. Military to Iraq. Only one in 10 say they’re “only a little” (7%) or “not at all” proud (3%).