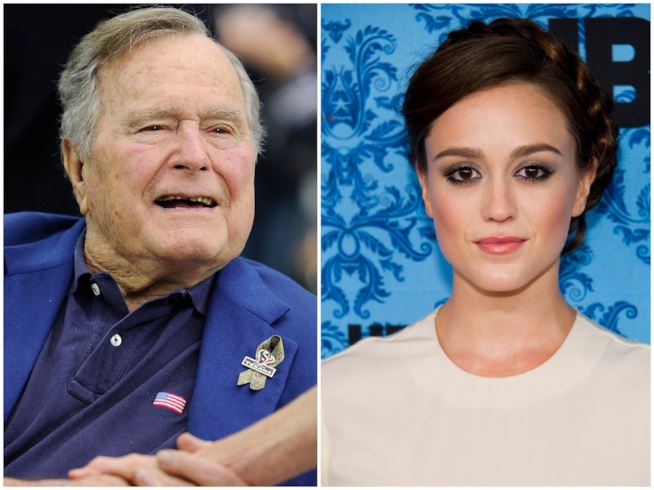 George H.W. Bush has apologized to AMC’s Turn: Washington Spies actress Heather Lind after she accused the former president of “sexual assault” while posing together for a publicity photo.

According to Deadline, Lind made the bombshell accusation in a now-deleted Instagram post. The alleged “assault” occurred in 2014 during a photo-op for the now-canceled AMC show. The elder Bush, who was 89 at the time and wheelchair-bound, allegedly “touched” the actress and told a “dirty joke.”

“He didn’t shake my hand. He touched me from behind from his wheelchair with his wife Barbara Bush by his side,” Lind claims. “He told me a dirty joke. And then, all the while being photographed, touched me again. Barbara rolled her eyes as if to say ‘not again.’”

Lind says she told other cast members about the alleged assault and they “helped me that day and continue to support me.”

A representative for the former president, who is now 93, released a statement. “President Bush would never — under any circumstance — intentionally cause anyone distress, and he most sincerely apologizes if his attempt at humor offended Ms. Lind,” the spokesman said.

Before deleting it, Lind published her story using the #MeToo tag.