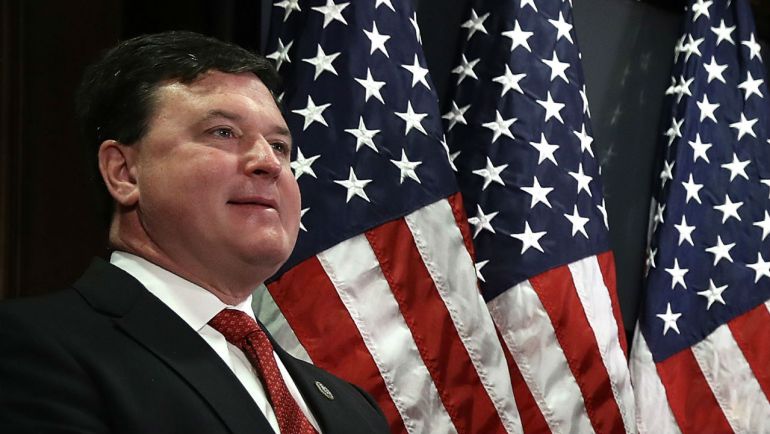 The unconscionable and immoral act of a liberal-stacked San Francisco jury to deprive the family of murdered Kate Steinle of justice to stick it to President Trump is already resulting in a backlash, and it is going to be one hell of a backlash at that.

After that foul jury chose to acquit Jose Ines Garcia Zarate who had been deported multiple crimes before he shot Steinle in 2015, it is not simply going to be enough to call for stricter deportation laws, which will be ignored by the insurrectionists in California anyway.

The solution – at least according to a Republican congressman – is to simply start throwing politicians who flout the law in jail which would be a damned good place for them.

A Republican congressman plans to introduce a bill Monday that would threaten huge fines and prison time for elected officials accused of sheltering illegal immigrant criminals from deportation, in the wake of the not-guilty verdict in the Kate Steinle murder trial.

Indiana Rep. Todd Rokita’s bill is one of the most aggressive pieces of legislation to date aimed at sanctuary city policies, going beyond the Justice Department’s threat to cut off grants to those jurisdictions.

“Politicians don’t get to pick and choose what laws to comply with,” Rokita told Fox News. “Americans are dying because politicians sworn to uphold the law refuse to do so.”

His “Stopping Lawless Actions of Politicians (SLAP) Act” would hold state and local lawmakers criminally responsible for refusing to comply with federal immigration enforcement efforts. The Republican’s bill would subject violators to a $1 million fine and up to five years in prison if they are convicted.

“It’s time the federal government gets serious about enforcing immigration laws and holding politicians accountable who conspire to break them,” said Rokita.

The appropriately named topping Lawless Actions of Politicians (SLAP) Act would be a wonderful way to slap some sense into the heads of liberals, especially the kooks who rule the California Legislature with an iron fist and their counterparts in the U.S. Congress.

The San Francisco verdict was an outrage and only goes to show how far that bastion of left-wing freaks has broken with mainstream America. While Congressman Rokita’s bill will be immediately denounced as the work of neo-Nazis and white supremacists (it is no longer enough to simply be accused of being a racist) it will hopefully gain support because the politicians who jeopardize the safety of their own citizens in order to protect illegal alien criminals need to face the consequences of their actions.