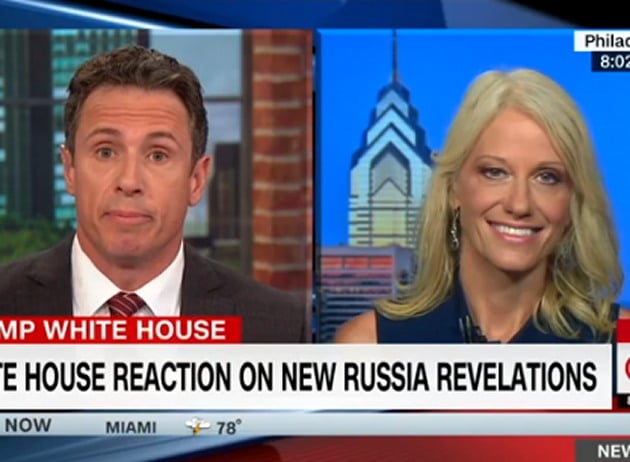 Last week Matt reported that CNN is in a ratings battle with Nick-at-Nite – and losing. Seriously. A recent study showed that CNN had plummeted to No. 13 in the 8-11 p.m. time slot.

Sebastian Gorka, deputy assistant to President Trump, was happy to come on CNN and share that information with anchor Alisyn Camerota on Wednesday.

A big reason that viewers are abandoning the network, studies suggest, is that CNN has been obsessed with all things Russia. Heck, the network mentioned Russia almost 16,000 times in their coverage since the inauguration.

“The amount of time you spend in desperation on a topic that has plummeted you to 13th place in viewership ranking across America,” Gorka told Camerota. “I mean more people watch Nick-at-Nite cartoons than CNN today.”

“Our ratings are just fine,” Camerota pushed back, arguing that her network has polling to suggest Americans are very interested in the Russia story.

CNN had a terrible week last week. First, producers and anchors were exposed by Project Veritas for intentionally reporting on Russian collusion despite it being “mostly bulls***” and a “nothing burger,” while also calling American “stupid as s***” and calling Trump a “f***ing crazy clown.” Then, the network also threatened to expose the Reddit user who created the now infamous gif of President Trump body slamming the network.